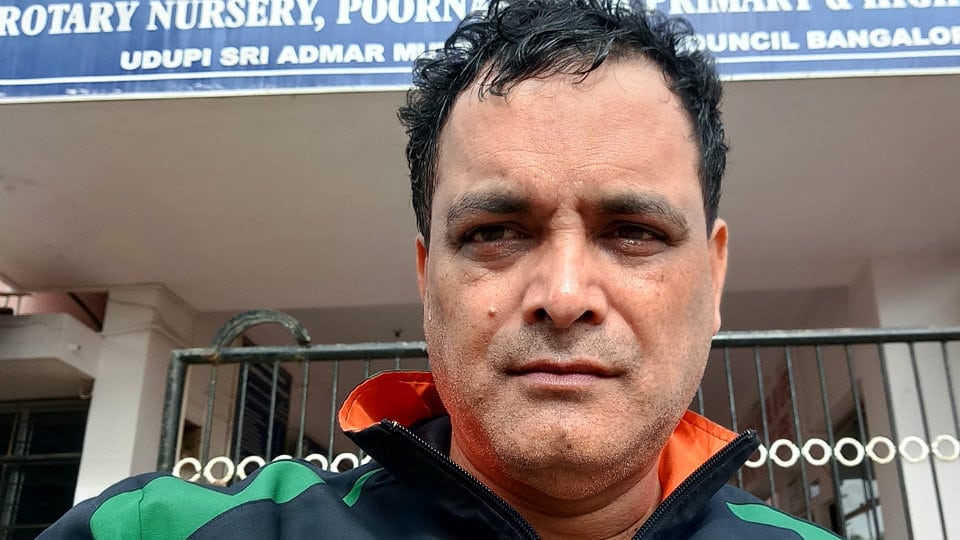 Table Tennis is a very popular sport in the world sporting scene. The game helps the individual to improve his or her reflexes and hand and eye co-ordination. Mysuru has a rich history of producing talented Table Tennis players who have gone on to represent the country and the State on various occasions. One such talented Para Table Tennis player is Srinivas Ramakrishna, who is working as a Chief Reservation Supervisor at South Western Railways (SWR), Mysuru. He has won several medals at National and International-level Tournaments. Recently, Srinivas took part in the State Para Games 2019 held at Chamundi Vihar Stadium in city and won Gold Medal in the Men’s Singles event. He is our ‘Star This Week.’

Srinivas also got the ‘General Manager Award’ instituted by SWR for outstanding achievement in 2011-12. In the National-level, Srinivas won Bronze Medal in the Para Open National Championship in March 2018 held at Indore, MP, in the Men’s Singles event. Srinivas has been regularly taking part in the National Championships for Para Table Tennis and had won Silver Medal in the Senior Paralympic TT Championship in Bengaluru in 2016.

He has also attended Para National TT Camp at SAI, Gandhinagar, in 2016. He intends to work hard in the days to come and represent India and win medals in the International level.

Srinivas Ramakrishna Star this Week
‘If IPL happens, it will be a shortened tourney’
The pathetic condition of Male Mahadeshwara Road