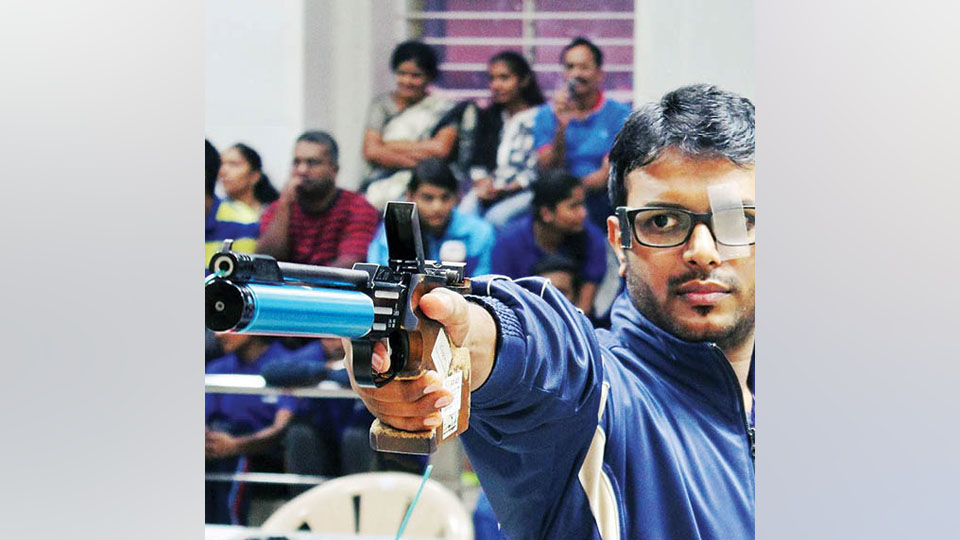 Rakshith earlier got selected for the Indian team trials in the 10m Air Pistol event after his excellent performance in the 62nd National Rifle Shooting Championship which was held in Thiruvananthapuram, Kerala in December 2018.

Rakshit had a overall score of 568 out of 600 with 16-inner 10s and is one among the four Karnataka shooters selected for the Indian team trials which was held in Delhi. Rakshit finished 28th in the 10m Air Pistol event in the Nationals and 50th in the 50m Free Pistol event.

Rakshit till date is being coached by Suresh in Mysuru and has so far won 46 State, and national medals. A multi-talented sports person, Rakshit is a Black belt holder in Karate, a medal-winning swimmer and also plays table tennis.

He has won recognised and felicitated by Union Ministry of Health, Dr. Harsh Vardhan for creating virtual tour of Knowledge Park and Audiometric Block at  All India Institute of Speech & Hearing, Mysuru.

Rakshit intends to work hard in the days to come and aims to represent the country in shooting in the international level.