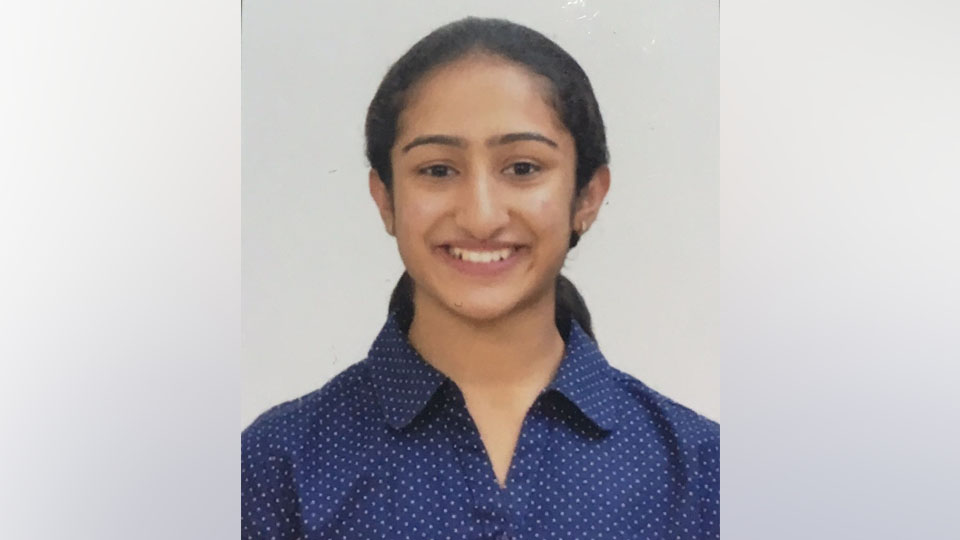 Roller skating is a popular sport in Mysuru city and many roller skaters have gone on to do well in the National and International level. Our city’s Rea Elizabeth Achaiah, a talented roller skater, performed well in the speed skating selection trials held at Gurugram recently, to represent the country and earned selection to represent India in the World Speed Skating Championships in the women’s section to be held at Netherlands and Asian Speed Skating Championships to be held at South Korea later this year. She is our ‘Star This Week.’

Rea Achaiah took part in the selection trials head at Gurugram from May 7 to 11 and secured the selection on the basis of her performance in the speed trials.

Earlier this year, she took part in the Nationals and performed well. She is the daughter of K.N. Achaiah and Priya Achaiah. A product of the Rao’s Roller Skating Centre, Mysuru, she is being coached by Indian coach and Ekalavya Awardee K. Srikantha Rao.

Starting to skate at a young age of four years, Rea has improved on her performances from time to time in different age category championships in the State and National level. She has so far won 79 gold, 10 silver and 4 bronze medals in the State-level.

Rea has been crowned Individual Champion in the sub-junior and junior level in the District Championships many a times. In the National level, Rea has won 10 golds, 2 silver and 2 bronze medals in 6 Championships.

A Balshree Award winner, Rea is also a good student and played throwball and basketball for her school team. Rea was one of the three skaters who had been selected and invited by the Korean Government to represent India in Ice Skating ‘Dream Program 2015’ which was held in Seoul, South Korea in February 2015.

She represented India in the 17th Asian Roller Skating and Speed Skating Championship held at China in 2016 ad she secured 4th place in the relay.

Rea won a gold in the 12th National Ice Skating Championship held at Delhi in 2017. A talented roller skater and ice skater, Rea intends to work hard in the days to come and aims to win medals for our country in the International level.