Home » Columns » Abracadabra By K. B. Ganapathy » How to tame politicians?: Waiting for Supreme Court’s oracle 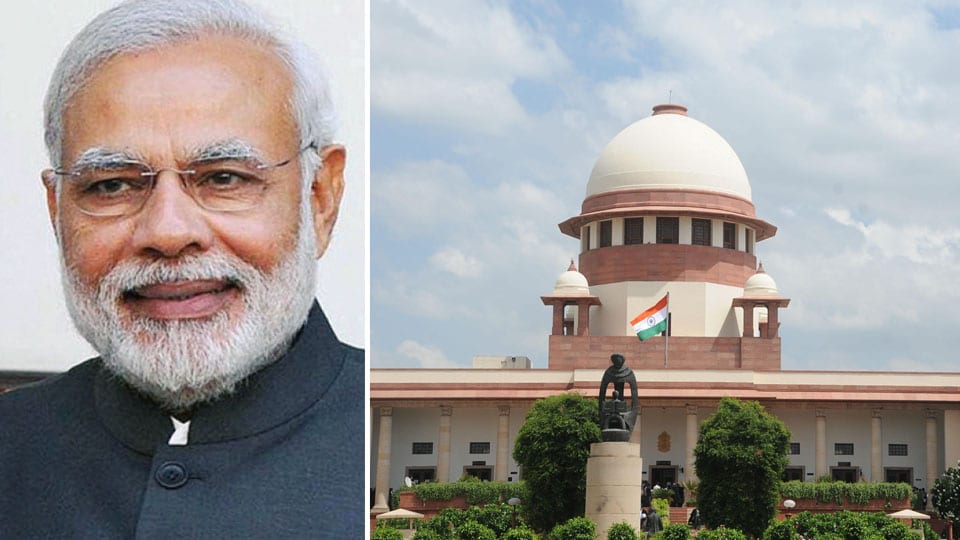 How to tame politicians?: Waiting for Supreme Court’s oracle

The lead front page news on Thursday, Nov. 2, 2017 reads “Speed up trial of politicians, says SC.” Well, to whom is the gentle suggestion? To politicians? I mean to the Government run by the politicians? If so the Supreme Court is chasing a charade.

The Court was hearing a PIL by a BJP leader Ashwini Upadhyay challenging six-year ban, under the Representation of People’s Act for convicted politicians, from contesting the election. He was seeking a lifetime ban instead for convicted politicians from contesting elections. A very noble, just and morally correct request to the Supreme Court which alone can save our country from scoundrels for whom politics is the last resort and who are out to destroy our democracy.

The Election Commission now wants the ban for life-time for a convicted person.

Under the current law, a legislator is debarred for six years from contesting elections once he is convicted for heinous or moral offences. Various pleas have knocked the Supreme Court’s door arguing that the ban should be lifetime at par with the judiciary and executive where a person cannot hold office for life post conviction.

Earlier in July, the Election Commission faced the flak of the Supreme Court for not taking a clear stand on a plea seeking barring of convicted politicians for life.

A Bench comprising Justices Ranjan Gogoi and Navin Sinha had came down heavily on the Election Commission:

“Is silence an option for you (ECI)? You must say either ‘yes’ or ‘no’ on whether you are supporting the petitioner. You are the ECI and here is a citizen of India who has come here to seek life-time debarment of convicted persons. Can you say I will be silent? No, you cannot,” the Bench said.

“If you (ECI) feel constrained by the legislature, then let us know. If you are even constrained to the extent of giving your view, feel free and say so clearly,” it said. This tongue-lashing seems to have had its salutary effect at last on the Election Commission —apparently working under the shadow of politicians of all hues.

It may be recalled that seeking to negate the Supreme Court’s verdict, (of six-year ban) the UPA government had introduced a Bill in Parliament in the Monsoon session. But following differences with the Opposition, the Bill could not be passed. But, shameless UPA, undaunted by the Opposition objections took a different route to achieve its sinister goal.

READ ALSO  The misery of losing and the miracle of finding ! -2

An ordinance on the lines of the Bill was later cleared by the Union Cabinet on Sept. 24, 2013 to protect convicted lawmakers. This is proof that UPA was indirectly responsible for criminalising politics and in helping convicted politicians like Lalu Prasad Yadav of Bihar.

Mercifully for our country, the Cabinet decided to withdraw the Ordinance as well as the Bill in the wake of NOT the public outburst against it but only when Congress Vice-President Rahul Gandhi objected to it at a press conference addressed by his party spokesperson Ajay Makan.

Rahul Gandhi stormed into the press meet called the Ordinance as “nonsense” and said it should be “torn” and “thrown out”.

Now let us wait for the final word on this by the Supreme Court.

The Law Commission is also for life-time ban for such convicted politicians. I am with them, so also my friends of BB Club — Beer and Beef Lovers Club.

The Supreme Court seemed determined to cleanse our politics of criminality and corruption. However, many of my friends, on seeing Supreme Court’s order on this PIL felt that the Court was merely trying to inflict wound without hurting (the politicians).

The Apex Court was aware that the politicians on trial for corruption and heinous crimes managed to drag the trial to infinity so much so by the time the case is decided the politician on trial would have served as a Minister or Legislator several times over. Take for example, former Telecom Minister Sukhram and in recent times P. Chidambaram whose election was challenged by the ‘defeated’ AIADMK candidate. Also do not forget Lalu Prasad Yadav. The list is like Hanuman’s tail…

It was a shame on our kind of democracy that till July 2013 a Legislator, who is convicted, was not disqualified to contest an election or barred from serving as a Minister if he appealed against his conviction within 90 days. Thanks to Supreme Court that struck down a sinister provision protecting the convicted politicians if they filed an appeal against their conviction within 90 days.

In March 2014, the  SC ruled that criminal trials of corruption and of heinous crimes of politicians and elected representatives should be completed in a year. We do not know if this is complied with or dodged cleverly under some legal cover. At the time of 2014 elections, there were 1,581 criminal cases pending against MPs and MLAs. Now SC has asked the Centre to give a Report Card on this by Dec. 13 this year. Let us see, rather let us keep our fingers crossed.

The Nov. 1, 2017 SC order says that government must frame a Central Scheme for setting up Special Courts across the country to exclusively try criminal cases involving political  persons, apart from elected representatives.

As expected, the NDA Government (like the UPA earlier) was not inclined, giving excuses like non-availability of funds with the State. The SC said this could be solved by having a Central Scheme. The Centre, of course, is flush with funds. The SC was also condescending when it volunteered to directly interact with State governments on appointing Judges, Judicial Officers, Public Prosecutors, Court Staff etc. The Central government was stumped.

Now, the Court has asked the government to place the Scheme before it on Dec. 13, let us hope the Centre will abide by the Court’s order.

But how about resolving the following issues hurting our democracy. This I received through WhatsApp, attributed to Sundar Pichai, the Google Chief. “The irritated Indian.” Wonder, if Sundar Pichai is the real author of this:

A politician can fight elections from two seats, but you can’t vote from two places.

If you are in jail, then you can’t vote. But a politician can fight elections while in jail.

If you have ever been in jail, then you can never get a government job. But a politician could have been in jail any number of times and then also he can become PM or President.

You have to be a graduate to get any ordinary job in a bank. But if a politician is illiterate still he can become India’s Finance Minister.

If you feel that this system needs to be changed, then support by spreading this message.”