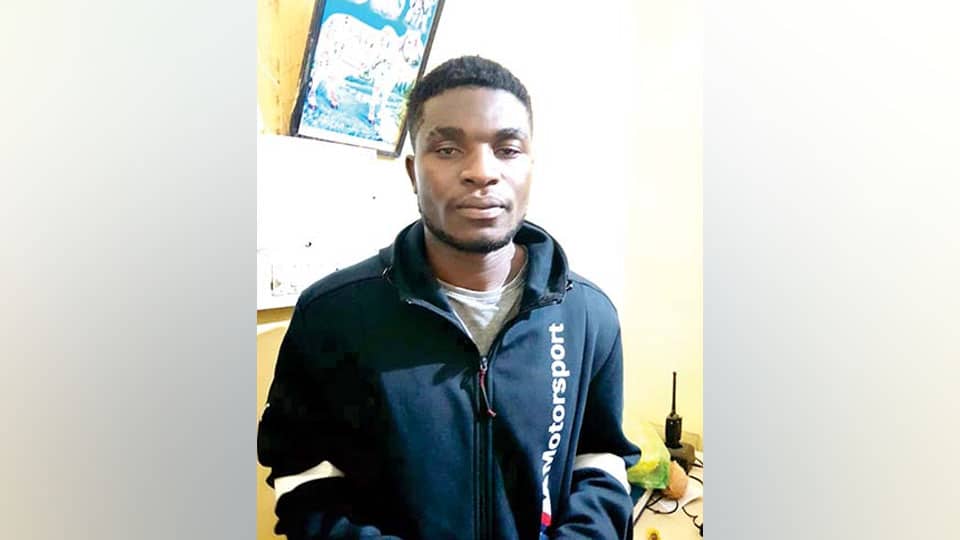 Card skimming is a type of credit card theft, using a small device to steal card information in an otherwise legitimate credit or debit card transaction. The arrested student is identified as 28-year-old Andrew Renatas Sang, a B.Com student at a private college in Mysuru and was residing in Vijayanagar 3rd Stage in Mysuru after taking the house on lease. The Police have seized skimming equipment worth about Rs.7.5 lakh from him.

Sang had come to India in 2014 for studies and gained knowledge about skimming by watching videos and had procured skimming equipment from China online. For the first time, Sang successfully withdrew Rs.1.30 lakh, using skimming technology, from Canara Bank branch in Mysuru, two months back.

According to Superintendent of Police A.N. Prakashgowda, Sang came to Holenarasipur to withdraw money from ATM kiosks and withdrew Rs.19,300 from the account of one Yogi, Rs.40,000 from the account of one Rangaiah. When they both received messages on their mobile phones, they contacted the Bank manager, who inspected the CCTV footages. Sang was arrested when he visited an ATM at 4 am on January 27, the SP added.

According to the SP, Sang has withdrawn a total of Rs.8.5 lakh, using skimming technique. Four cases of Cyber Crime have been registered against the accused.