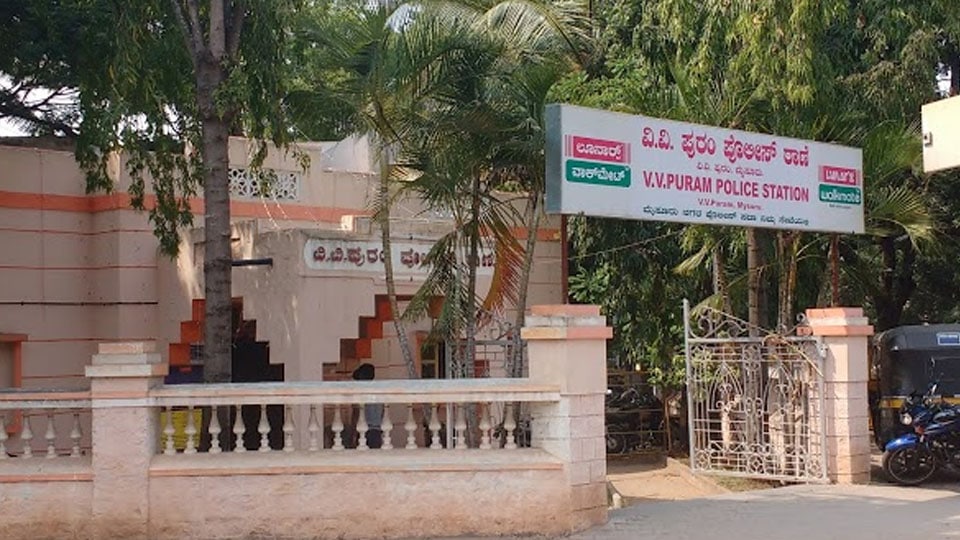 Mysuru: V.V. Puram Police, on Apr.12, while on their regular beat on the Railway track Road in Yadavagiri, found a man moving in a suspicious manner and took him into their custody for enquiry.

During enquiry, the Police came to know that the man has stolen money from Temple hundis (offering box) and arrested him besides seizing the Rs.9,040 cash tied in a cloth which he was carrying.

The arrested person has been identified as 25-year-old Soma of Lakshmi Saraga in city. During interrogation, the accused is said to have confessed of breaking the hundi locks and stealing money from it at Shashti Temple in Siddalingapura coming Metagalli Police limits, Sri Rama Temple at Haravu village in Srirangapatna Police limits and Kaalamma Temple at Kadakola.