Home » Feature Articles » The Gita without the Mahabharata 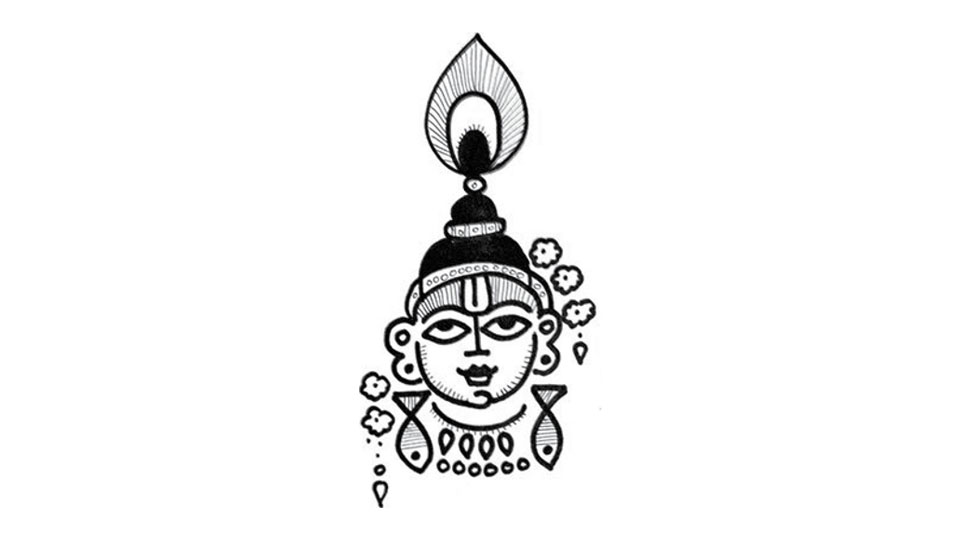 The Gita without the Mahabharata

The Gita is a part of the Mahabharata. It is the dialogue of 700 verses between Krishna and Arjuna just before the Kurukshetra War, where the Pandavas fight the Kauravas.

This dialogue is found in the Bhisma Parva, one of the 18 books of the epic. Clearly, such a long and complex conversation could not have taken place at the crucial hour before the war. Some say, it takes place in a mystical time and space, and not in mundane history and geography. Others say, these verses are interpolations made by Brahmins later to include Vedanta philosophy in the great epic, thus making it a religious text, part of the wider Vaishnava and Vedanta tradition. In fact, many people see the Gita as independent of the Mahabharata, as a philosophical treatise that contains in summarised form key concepts of Hinduism such as atma, yoga, dharma, karma, gyana, bhakti and moksha.

However, when we remove the Gita from the Mahabharata we miss out on the context. And so, miss out much of the learnings. The most obvious context is that this is a philosophy presented in a crisis that needs to be impatiently resolved, considering the timing of the crisis — armies are waiting to fight when Arjuna has his doubt followed by a nervous breakdown. Its purpose is to get someone who is unwilling to act, to act fast. It is very different from say a Shiva-Shakti conversation atop Mount Kailasa, where there is no war to be fought or won. The Gita is a conversation with a clear end-objective of action, a behavioural shift, if not an attitudinal shift. It is not simply an intellectual exercise.

READ ALSO  One Idea, Many Expressions

The second context is that of family. This is not just any fight or crisis. This involves a family. Arjuna has no problem with violence. Mahatma Gandhi went out of his way to prove that the Gita is about non-violence and the war is just a metaphor, which is just stretching the point a bit too much. It is a story of violence and property fights. Arjuna would have no problem killing the Kauravas if they were strangers; but they are family and so he wonders if that is appropriate, for is not a warrior supposed to protect his kinsmen? To this Krishna presents the idea that the ‘whole world is his family’ through his Vishwarupa form, yet he has to get some family members to kill others, to nourish themselves, as part of the circle of life — the eaters and the eaten. So he asks Arjuna to reflect on the boundary that separates family from strangers. Why is killing one group acceptable and not the other?

The third context is the war itself. In popular narratives especially amongst nationalists, the Bhagavad Gita is a motivational speech, a rousing inspirational talk, given by Krishna to get Arjuna to kill the Kauravas and win the war. We are told that Arjuna is fully enlightened at the end of the discourse and ready to fight. But when we read the remaining story, after the Gita, we realise that is far from true. Arjuna keeps hesitating when it is time to kill Bhisma and Drona and Karna. War becomes personal only when his son Abhimanyu is killed. And, in the end, the Pandavas have victory — but all their children are dead. The Dharma war does not necessarily have a happy ending. It’s a pyrrhic victory full of unwanted collateral damage. That is the fruit of karma.