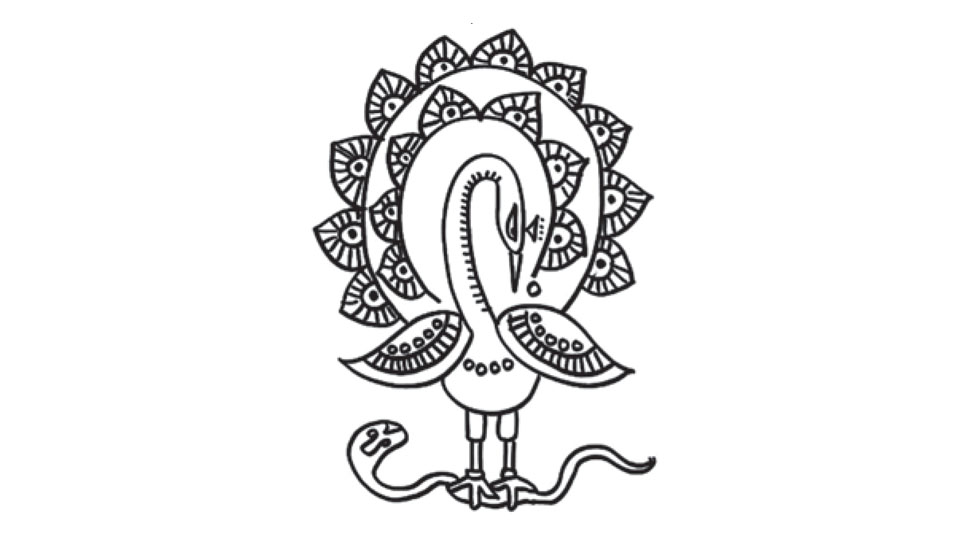 At the heart of the hysteria over the peacock’s tears is Hinduism’s great discomfort with sex. Ever since the British made fun of Hindus for being sexual, sensual and feminine, Hindus especially have been out to prove them wrong. And, this has led to bizarre, even grotesque, manipulations of Hindu lore, the most recent being the public declaration that peacocks reproduce not via sex but via tears. It mirrors the famous story of how a drop of Hanuman’s sweat, rendered potent by his celibacy, had the power to make a fish pregnant.

The story of the peacock’s chastity is told to explain why Krishna wears the peacock feather on his crown. By extension, celibate gurus in India are telling their disciples that Krishna’s love for Radha is pure, transcendental and asexual. It has nothing to do with the body; it is only about the heart and the soul. Never mind the eroticism of Gita Govinda of Jayadeva, where Radha is first introduced to Hinduism. The gurus insist that this is merely allegorical. Only dirty minds think otherwise.

It is not by accident that many political posters shy away from showing Krishna with Radha, Shiva with Parvati, Ram with Sita, in their posters; they prefer to show the male gods in splendid isolation, preferably with a weapon in hand (discus, trident or bow). This sex-negative approach is the root of why women who wish to celebrate their body and their beauty are slut-shamed. And, men with sexual desires for women are being asked to channelise their virility into patriotic activities like protecting cows like a ‘good son.’ Sounds corny, but that is the logic. In this worldview, body is bad, sex is bad, desire is bad; celibacy becomes a form of passive aggression to dominate the world.

Adi Shankaracharya who opposed the Buddhist thought also mimicked their monastic ways. Likewise, Hindu supremacist groups who oppose Christian missionary activities also mimic Christian Puritanism. In the Bible, sexual awareness is seen as Original Sin, and the sexual act is bypassed when Mary becomes pregnant with Jesus. This makes her pure, venerable, a worthy vessel. In medieval times, the idea of courtly love became popular: the man idea of a knight who fights for his lady, who belongs to another. This lady in many European traditions was Mother Mary. And so the knights became celibate warrior-monks in her service. Sounds familiar?