Home » Columns » The transmitter of civilisation 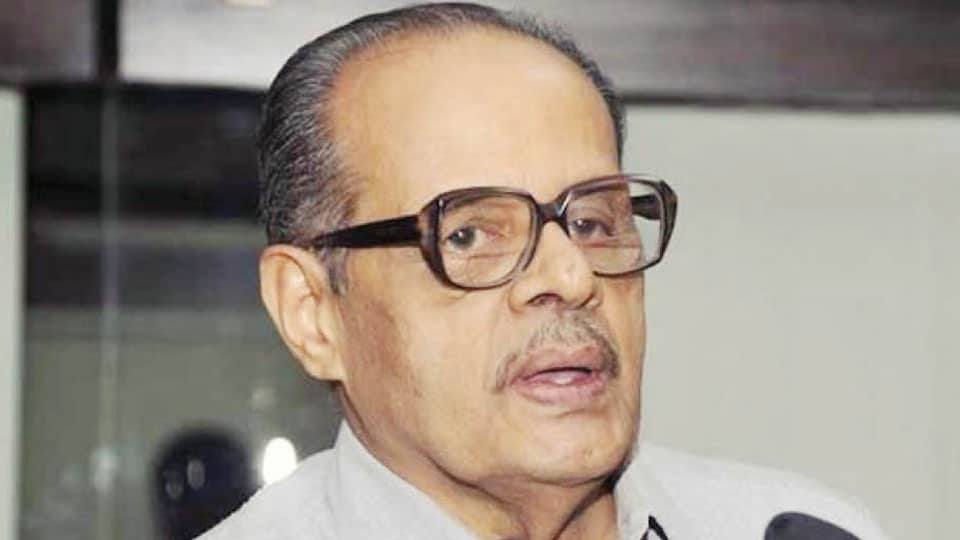 The transmitter of civilisation

In the way he lived and interacted with others in everyday life, N.R. Madhava Menon was a very ordinary man.  His extraordinariness came out when his mind opened up. He pioneered a new approach to law education which at once became the standard across the country.  The very name he coined,  Law School of India University, was novel. So was the concept.  His School University did not just pass on law education to students.  As Fali Nariman put it, NR was “transmitting civilisation” to generations.  Nariman called him “the lawyers’ master.”

For a man who exemplified simple living and high thinking, NR exercised remarkable influence on others.  The tributes that came from all corners when he died last week were a pointer to the impact he had made in his own quiet way.  Finance Minister Arun Jaitley recalled that “I had the privilege of being taught by him.” (Strangely ABVP as an organisation uploaded its tribute, too, although NR had seen to it that he remained apolitical all through his life.)  The running thread in the tributes was appreciation for his foundational contributions to law education. For 12 years he was the Vice-Chancellor of the National Law School of India University in Bangalore. He then established, at the urging of the Supreme Court, the National Judicial Academy in Bhopal. The West Bengal National University of Juridical Sciences followed.

Ironically he failed to build a similar institute in his home State. He had prepared detailed plans and fellow legal luminary in Delhi, K.K. Venugopal, had helped raise more than two crore rupees (a big sum in 2002). Unfortunately for them, the State’s Chief Minister at the time was A.K. Antony whose life’s mission was to avoid controversy ­— and the way to avoid controversy was to avoid taking decisions. India noticed this only when he became Defence Minister and refused to buy even a toy gun. With Antony smilingly avoiding any decision, the Madhav Menon-Venugopal initiative fell by the wayside. What Karnataka and West Bengal and Madhya Pradesh embraced proudly, Kerala discarded foolishly.

But NR’s bond with his home State remained strong, built by his devotion to two individuals, his mother and his first law teacher.  Poverty lent unusual power to NR’s idolisation of his mother.  He was not yet three-year-old when his father, a modest official in the municipality, died.  With the only source of income gone, it was his mother’s willpower that gave NR a chance. Mother would often go without a meal while his sisters would give a portion of their food, mostly tapioca, to NR, the only male in the house. As with all middle class families in Kerala, getting an education was something for which everyone was ready to make sacrifices.

NR got his B.Sc. and B.L. degrees from Kerala, his LLM and Ph.D from Aligarh and then an MA from Punjab University.  It was the first law degree that influenced him the most and he used to give grateful credit for it to the Principal of the law college in Kerala, Dr. A.T. Markose, an icon of his time. NR used to say that it was Markose who made him what he became. Markose died young.  NR, after becoming famous, and not knowing exactly how to show his gratitude to his teacher, once organised a posthumous award for Markose and presented it to his four daughters who were taken to Delhi for the purpose.  For NR, human values were important.

The figure of NR supervising the construction of his first school in Bangalore is fresh in my memory. We were walking around the sprawling expanse of Bangalore University when my guide, the late Kannada Editor Y.N. Krishnamurthy, pointed to a man who was walking towards us, holding an umbrella to protect himself from the sun. When he came close, YNK asked: “You are Madhava Menon, right?” It transpired that NR was returning to his study after the day’s inspection of the school buildings’ progress.

Many years later, I went to NR’s house to ask him to prepare a syllabus for the Asian College of Journalism we had started. We were unfamiliar with academic disciplines, I said, but we wanted a professionally prepared syllabus.  NR was reluctant at first, saying he didn’t know anything about journalism. But two days later he gave me a notebook in which he had handwritten a detailed course prospectus. The motto NR picked for his school in Bangalore summed up his own philosophy: Dharmo Rakshati Rakshitah.  Those who protect Dharma, law, are protected by Law.