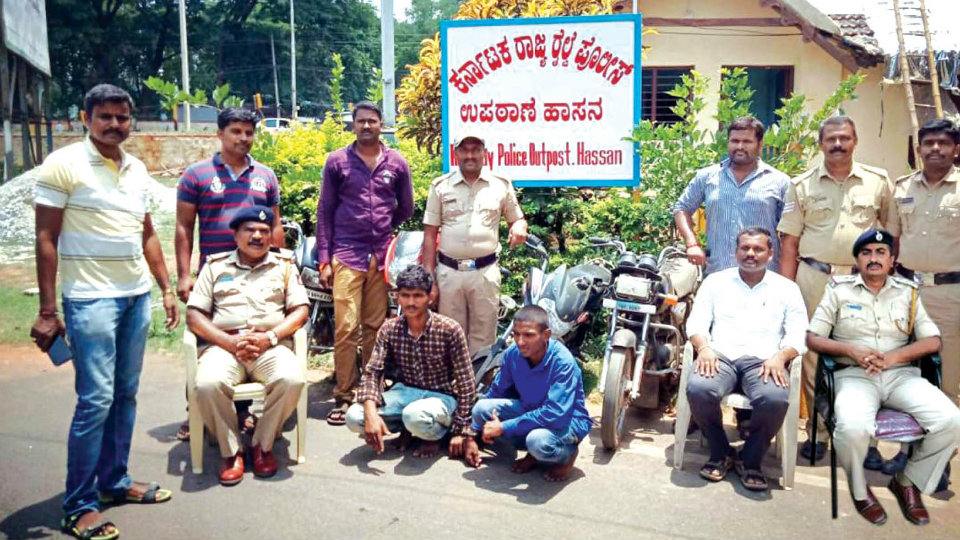 Mysuru: The Special Team of the Railway Police, which was formed following complaints of thefts in Railway coaches and Railway Station premises, have arrested two persons on charges of stealing two-wheelers from Railway Station parking lots and have recovered four two-wheelers worth about Rs.1 lakh from them.

The Special Team, which was on vigil at Hassan Railway Station and in city on May 10, found two persons identified as N.R. Chidanada of Nelligere village, Alur taluk in Hassan district and R.V. Prajwal of Hassan taluk, moving around in the Railway Station parking lot in a suspicious manner at about 5 pm and took them into custody.

During interrogation, Chidananda and Prajwal are said to have confessed of stealing two-wheelers from various parking lots at Hassan following which the Railway Police arrested them and registered a case.

Based on the information provided by the accused, the Railway Police have recovered four stolen two-wheelers worth about Rs.1 lakh from them.