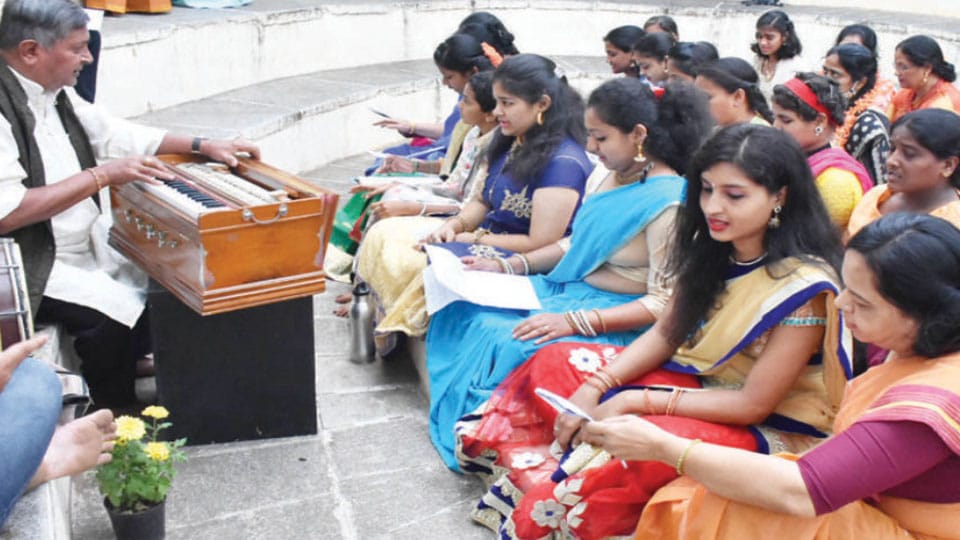 Earlier, speaking after inaugurating the programme, senior theatre artiste Indira Nair said, “This is really a special event because well-known theatre music composer and director Srinivas Bhat, who is now carrying Karanth’s legacy forward, is demonstrating and teaching theatre songs to these participants. Music is integral part of the theatre. I wish more number of such theatre training programmes be held in the future also.” Kannada & Culture Assistant Director H. Channappa also addressed the gathering.