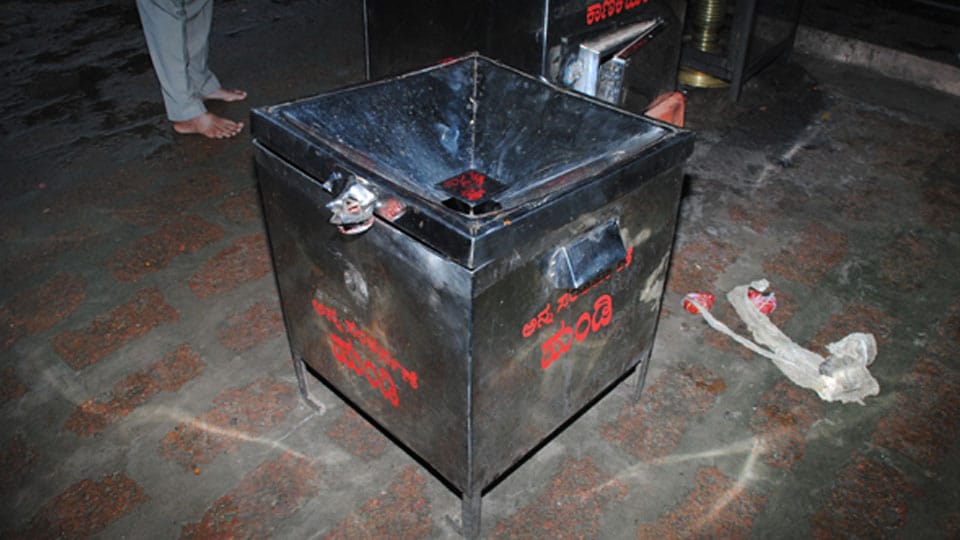 Mysuru: Thieves broke into a temple late last night and took away a Hundi where the cash offerings of the devotees were kept. The theft took place at the Kalikamba (Kalamma) temple on the Mysuru-Nanjangud Highway.

Temple priest who came to perform daily puja rituals this morning saw the theft and immediately alerted the Temple Management Trust. The Hundi is made of steel and it has not been opened since three years, said temple authorities. They added that the thieves did not enter the sanctum sanctorum where another Hundi was kept.

The estimate of the amount that has been stolen is not available. While the temple authorities say that lakhs of rupees were stolen, the Police suspected the amount to be in thousands.

A complaint in this regard has been filed at the Mysore South Police Station. Inspector Karim Ravathar and Sub-Inspector Jayaprakash visited the temple and have registered a case.

Kalikamba temple Mysuru-Nanjangud Highway
Ruckus in Assembly over CM’s statement
Loud sound rattles Mysureans: It was not earthquake but a Sonic Boom