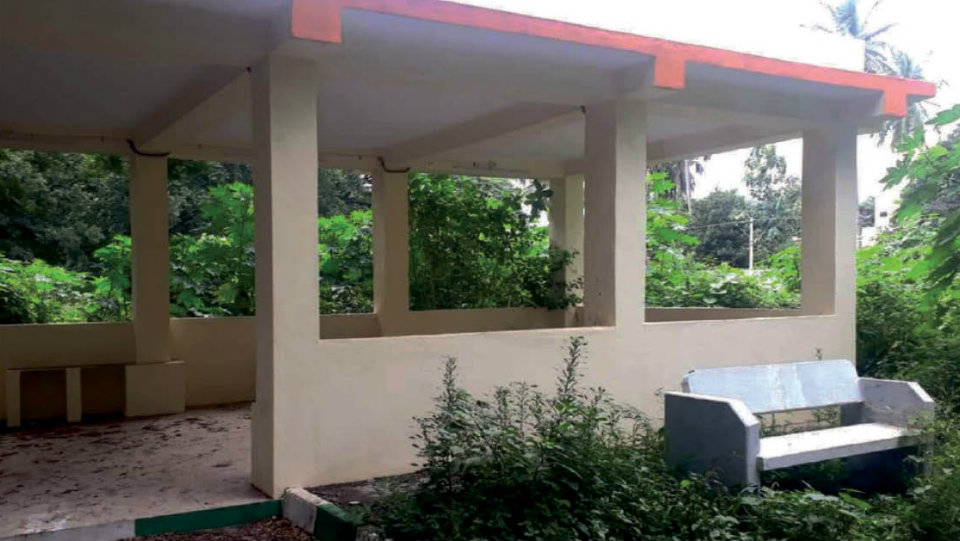 This burial ground is lying in a state of utter neglect

Mysuru: Even as the MCC is spending a large amount of money on development of burial grounds in  city, the Adi Karnataka Community Burial Ground on Ramakrishnaiah Road in Vishweshwaranagar is lying in a state of utter neglect with hardly any maintenance.

The poor maintenance of the burial ground has resulted in large shrubs and plants growing to big heights. Also, garbage is being dumped at this ground, thus creating a space crunch for the last rites of the dead.

The nearly century-old burial ground is meant for members of Adi Jambava Community.

Although the ground got a facelift about seven months ago with the MCC spending Rs. 1.10 lakh on it, the ground seems to be fully covered with large shrubs leaving little space for last rites of the dead. Also, the ground has become a hot bed for illegal activities, especially during the night, according to local residents, who also said that their complaints to the authorities in this regard has fallen on deaf ears.

This apart, drinking water facility in the ground is going waste as taps are leaking and no efforts are made to prevent wastage of precious drinking water.

The local residents say that it is high time that the authorities concerned address the issue at the earliest.