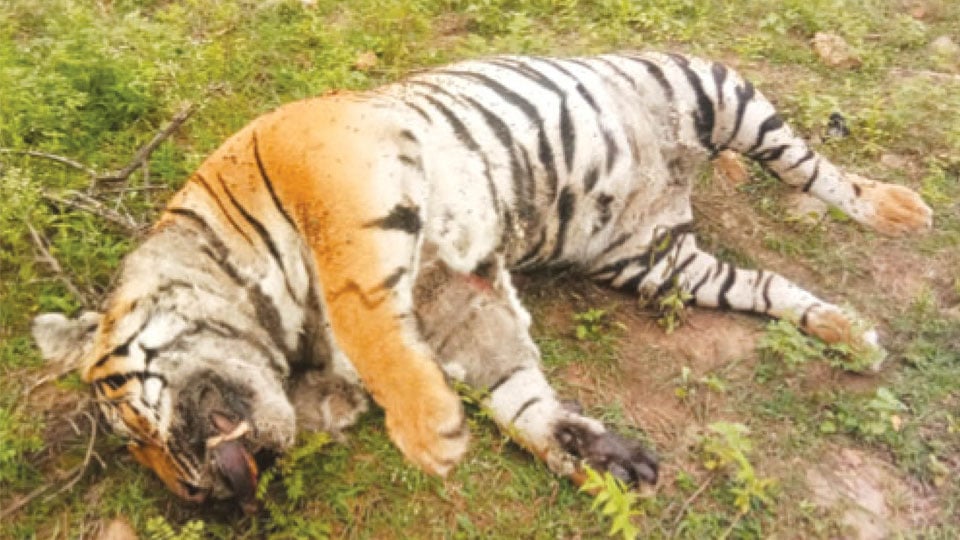 Chamarajanagar: A tiger was found dead in the Kundukere range of Bandipur Tiger Reserve on Friday.

Aged around 4 to 5 years, the carcass of the male tiger was found near Aladamaradahalla forest range in Bandipur, the authorities said adding that it had sustained wounds from territorial fight with another tiger.

Its claws, skin and canines were intact and hence the authorities have ruled out foul play.

Post-mortem of the carcass was conducted by veterinary doctors Dr. Wasim Mirza and Dr. Sanath in the presence of senior officials of the Forest Department and incinerated as per the standard operating procedure of National Tiger Conservation Authority (NTCA).