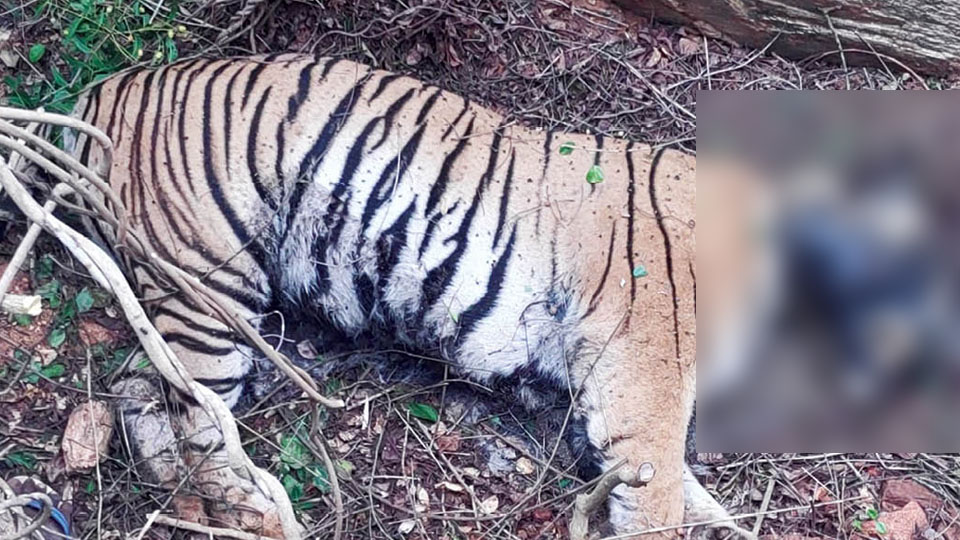 Gundlupet: A tigress aged between 8 and 9 years was found dead in an elephant trench at Soranagudda Forest Area, Lakshmanapura Beat, Nugu Range of Hediyala Sub-Division in Bandipur Tiger Reserve on May 22.

The cracass of the tigress was found by the Forest Department staff, who were on their regular beat and informed the higher officials. Upon examining the body of the tigress, there were no traces of external injuries including wounds from snares nor does it seem to be a case of poisoning.

The skin and the claws were intact thus ruling out poaching and hence, the authorities suspect it to have died of natural causes.

Veterinarian Dr. Wasim Mirza of Bandipur Tiger Reserve, conducted post-mortem and the carcass was cremated by following the Standard Operating Procedure (SOP) of the National Tiger Conservation Authority (NTCA). Viscera of the dead tigress has been sent to the laboratories for analysis to ascertain the cause of death.