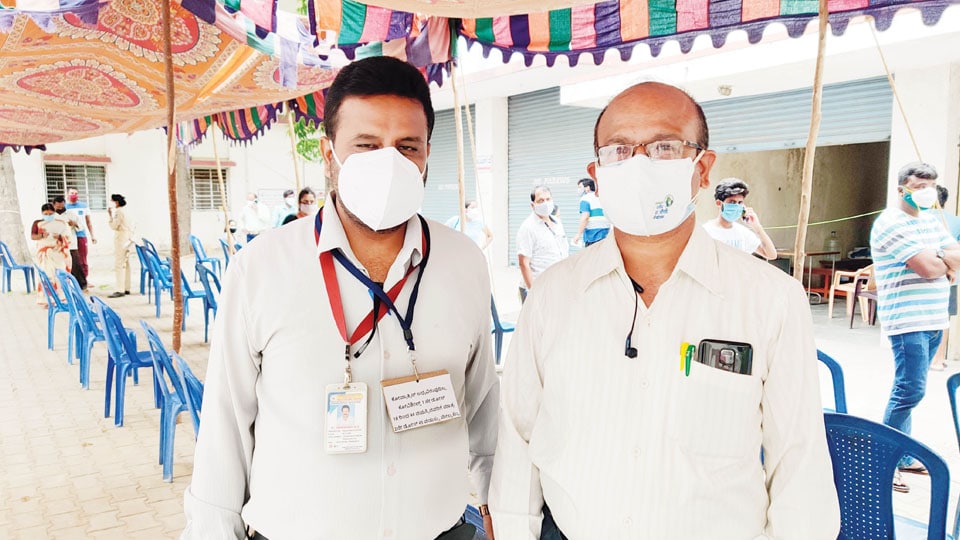 Srirangapatna: Taluk Health Officer Dr. N.K. Venkatesh is wearing a small placard stating “Covaxin is unavailable. Covishield is available for 18-44 and also for 45 years and above, only second dose.”

There has been a mad rush of people at the Hospital to take the jab and they ask a lot of questions. Unable to reply to every citizen, the medical team comprising doctors and nurses chose to wear this small informative placard around their neck.

Dr. Venkatesh said people keep asking the same question again and again and it became  irritating. “Finally we made  this card and when people ask us questions, we simply point at the card so they can read and get their answers,” he said.

Taluk General Hospital Medical Officer Dr. Maruti said they were forced to wear this card as they were fed up of giving parrot-like reply to the public.