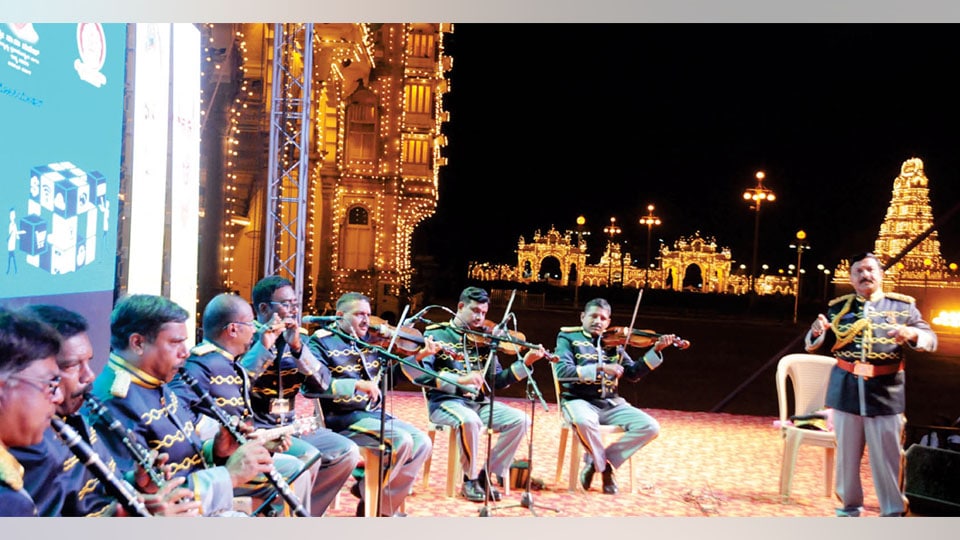 The Police Band performing in the backdrop of the illuminated Mysore Palace last evening as part of the World Tourism Day cultural programmes organised by the District Administration, Tourism Department, Palace Board, Mysuru Travel Association (MTA) and Mysuru Hoteliers Association. 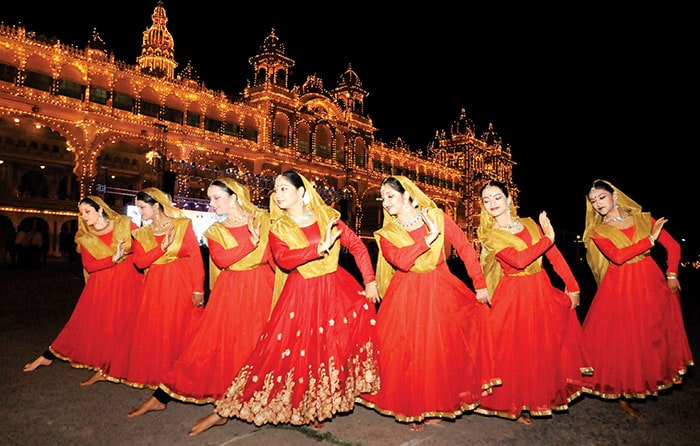 The dance troupe of Bhushans Academy performing at Palace premises. 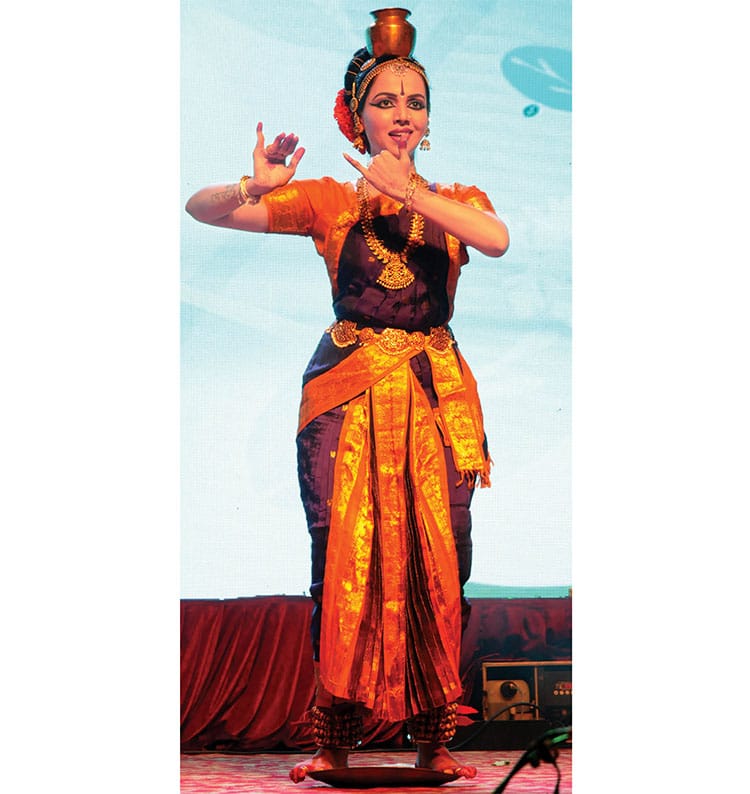 An artiste strikes a pose during the cultural evening at Palace.