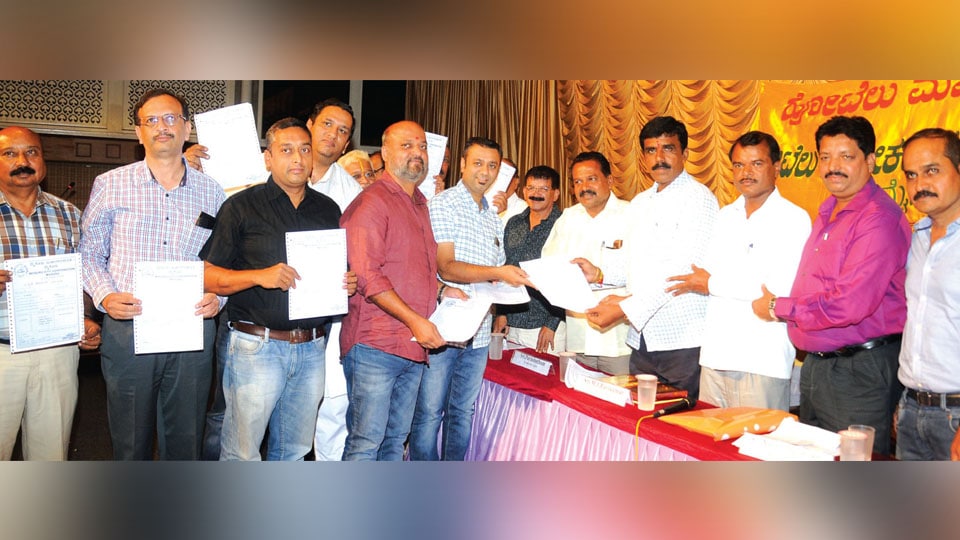 The Mysuru City Corporation (MCC) will renew or issue fresh Trade Licences only to those hotels which follow rules and with proper maintenance said Mayor M.J. Ravikumar.

He was speaking at a function organised by Hotel Owners Association and Hotel Owners Charitable Trust to issue Trade Licences in city on Tuesday.

On the occasion, the Association members urged the MCC to ease the renewal process as they received their licenses late owing to online process. Urging for a smoother process to renew Trade Licenses of shops at Visvesvaraya Building, the Association said that out of 43,000 trade licences only 15,000 were renewed.

In his reply to the complaints, MCC Standing Committee on Planning and Works Chairman Nandeesh Preetham said that doubling the Trade Licence fee was left to the MCC Commissioner and added that double the fine amount would be collected from license holders if the violation was 5 percent or more than 5 percent.  However, he mentioned that the issue on Trade License fee would be discussed with the officials.

Standing Committee on Health Chairman Mahadevappa, who spoke on the occasion, said that few hotels display attractive name boards in front but do not take the same interest in maintaining cleanliness and hygiene.

Mayor Ravikumar said that Trade Licenses would not be renewed to shops and hotels which are functioning in cellars and assured to ease the renewal process for those following the rules.