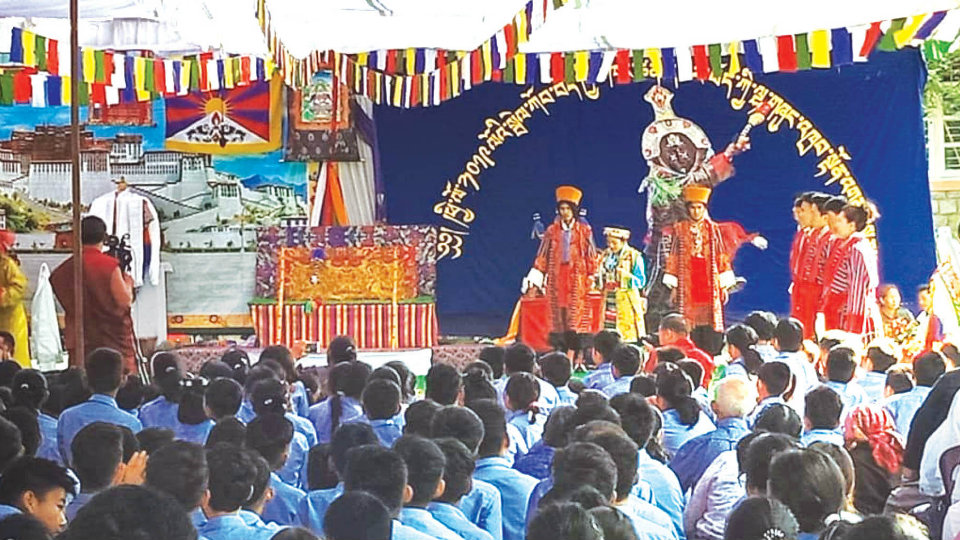 Introduction of unique Traditional Opera culture in Tibet dates back to 13th century. It was first introduced by a great Saint called Thang Tong Gyalpo in central part of Tibet. The troupe was called ChagSampa (metal bridge).

This unique Opera performance became very famous throughout Tibet. Tibetans in Tibet and in exile have been striving hard to retain and further enrich the unique Opera culture.