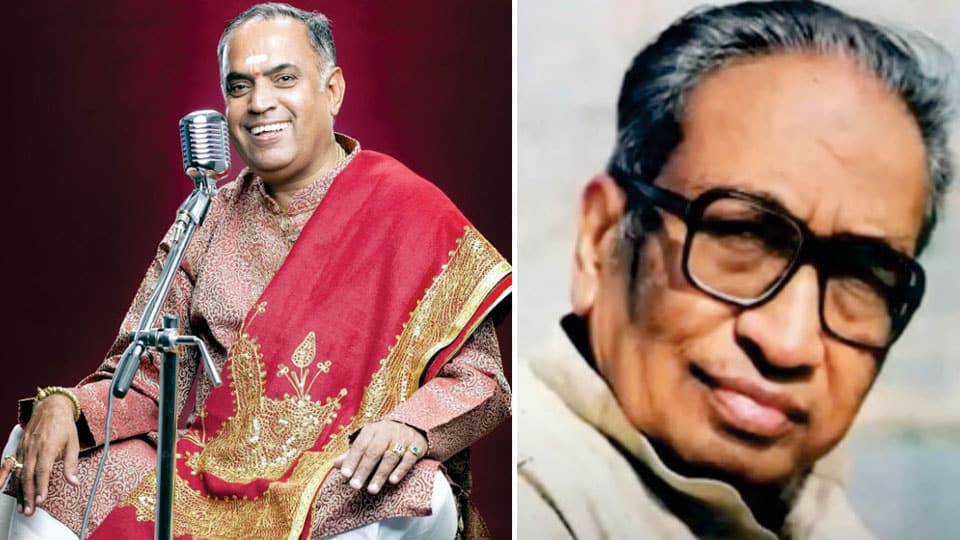 Mysore/Mysuru: Ganabharathi has organised a music concert (Nada Namana) on July 15 at 6 pm at Veene Se shanna Bhavana in Kuvempunagar in memory of Vid. Padmacharan on his 20th death anniversary (Punya Smarane).

Vid. Padmacharan (21.04.1920 to 22.07.2002) was an eminent violinist, music director and vaggeyakara. His creative music has immortalised several poems of Kannada poets, Dasa Sahithya and Vachanas. As an accomplished musician, he has composed many works in Karnatak Classical Music.

‘Nada Namana’ will be presented by Vid. S. Shankar and team tomorrow evening.

Vid. S. Shankar is a popular Karnatak vocalist, the disciple of his mother Rajamma Shastri and also Nagaratna and Vallabham Kalyana Sundaram.

A performer for more than five-decades, he is ‘A top’ grade artiste of AIR and Doordarshan. He has performed all over the country and at many places in the US.

Vid. Shankar has been chosen as the Asthana Vidwan of Kanchi Kamakoti Peetham. He has a number of cassettes/ CDs to his credit. For details, contact Mob: 94483-23234.