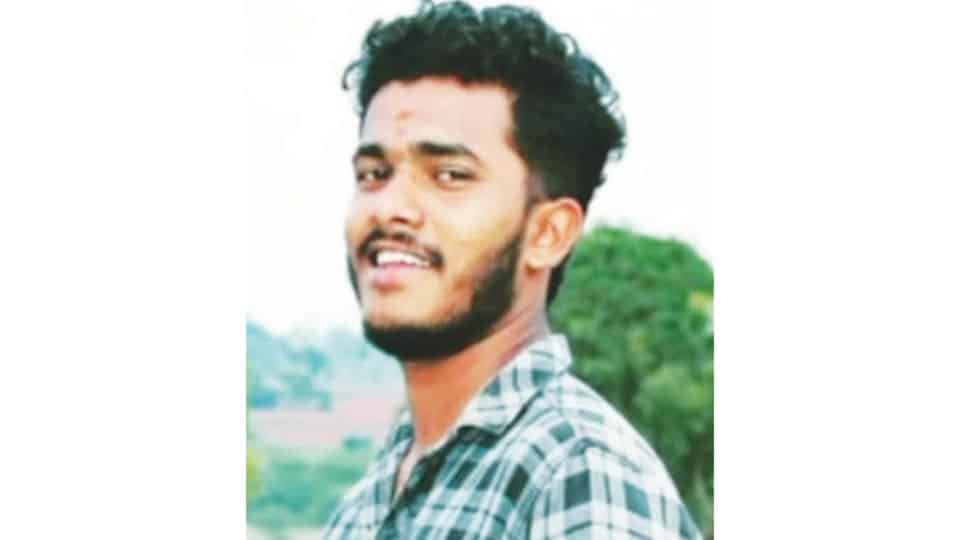 Succumbs to injuries at KR Hospital

Hunsur/Mysuru: A 23-year-old youth, who was stabbed by his friends for posing derogatory message on social media and admitted to K.R. Hospital in Mysuru with serious injuries, has succumbed to injuries at the hospital at about 3 am yesterday.

The deceased has been identified as Beeresh, son of Kuchelagowda and a resident of Angathalli village in the taluk. The accused are Nithin alias Vatara, an employee of a gym on Gokul Road in Hunsur and Manoj alias Motu, a resident of Kalkunike. Both are said to be friends of deceased Beeresh.

Details: It is learnt that Beeresh had posted a derogatory message about Nithin on social media. Angered over the post by Beeresh, Nithin, who is said to have got married recently, hatched a plot to eliminate Beeresh.

On Tuesday afternoon, Nithin and his friend Manoj, who came near the KSRTC Bus Stand on a bike, saw Beeresh standing near the Bus Stand and picked him up. Nithin and Manoj, with Beeresh seated in the middle proceeded near a hotel on Bypass Road and the person sitting behind Beeresh stabbed him on the back with a knife, pushed him from the bike and fled from the spot.

Passersby, who saw Beeresh screaming with pain and bleeding profusely, rushed him to the General Hospital, where Beeresh was provided first-aid and was later shifted to K.R. Hospital in Mysuru, where Beeresh succumbed to injuries at about 3 am.

Meanwhile, several people including the family members and relatives of Beeresh thronged MMC&RI mortuary in Mysuru, where the body of Beeresh was shifted for post-mortem. Hunsur MLA H.P. Manjunath and Additional SP R. Shivakumar visited the mortuary and collected information from the grieving family members of deceased Beeresh.

Hunsur Town Inspector Srinivas has registered a case and a special Police team has been constituted to nab the accused.