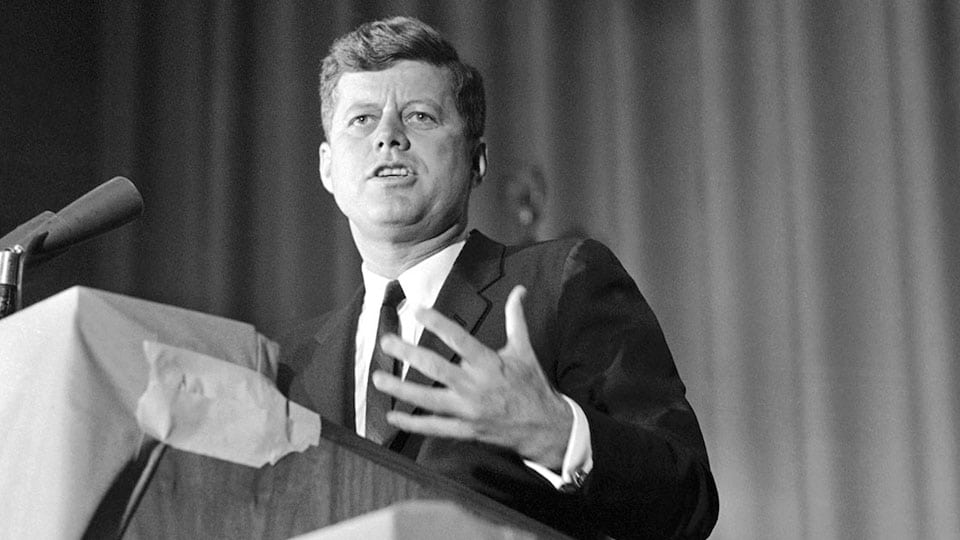 Washington: US President Donald Trump said that he will allow long blocked secret files on the assassination of John F. Kennedy to be opened to the public for the first time. The November 22, 1963 assassination — an epochal event in modern US history —has spawned multiple theories challenging official version that Kennedy was killed by a lone gunman, Lee Harvey Oswald.

So the release of all the secret documents has been eagerly anticipated by historians and conspiracy theorists alike. Trump’s announcement followed reports that not all the files would be released, possibly to protect still relevant intelligence sources and methods.

But Trump appears to have decided otherwise. “Subject to the receipt of further information, I will be allowing, as President, the long blocked and classified JFK FILES to be opened,” he said in the tweet.

The files are due to be opened in their entirety on Thursday nearly 54 years after Kennedy’s assassination in Dallas — unless the US President decides otherwise. Millions of classified Kennedy files have been made public under a 1992 law passed in response to a surge in public demand for disclosure in the wake of Oliver Stone’s conspiracy-heavy movie on the assassination