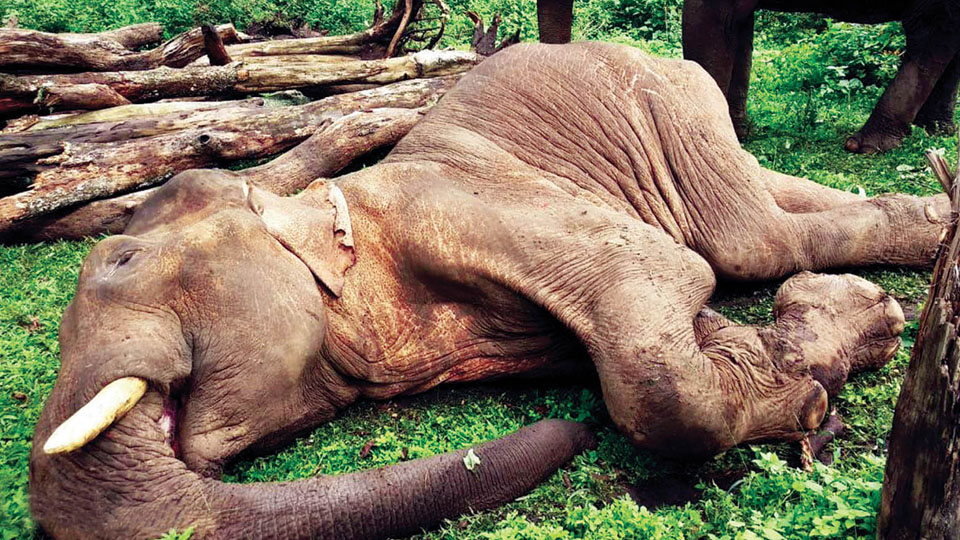 “During the conduct of the post-mortem by Veterinarian Dr. Mujeeb, we came to know that water was accumulated on the upper side of the heart (Hydro Pericardium) and the elephant may have died due to this reason,” he said.