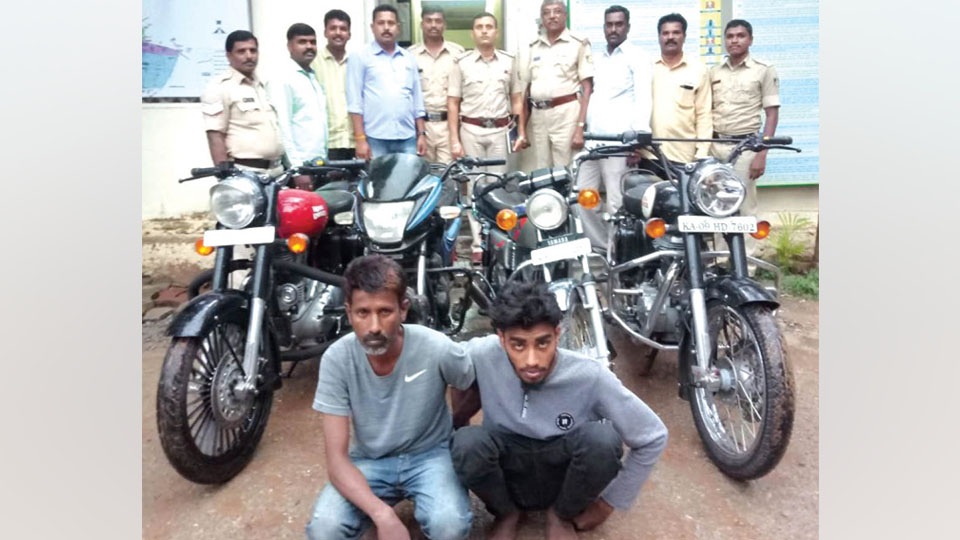 Mysuru:  Devaraja Police have arrested two bike-lifters and have seized four bikes worth about Rs. 3.5 lakh. The accused are Mohammed Salman Raja, 23, of Rajivnagar and Zameer Pasha, 38, of Shanthinagar.

The accused were said to be moving suspiciously on a bike on B.N. Road yesterday and were nabbed by the Police. On interrogation, it was learnt that the accused had lifted four bikes.