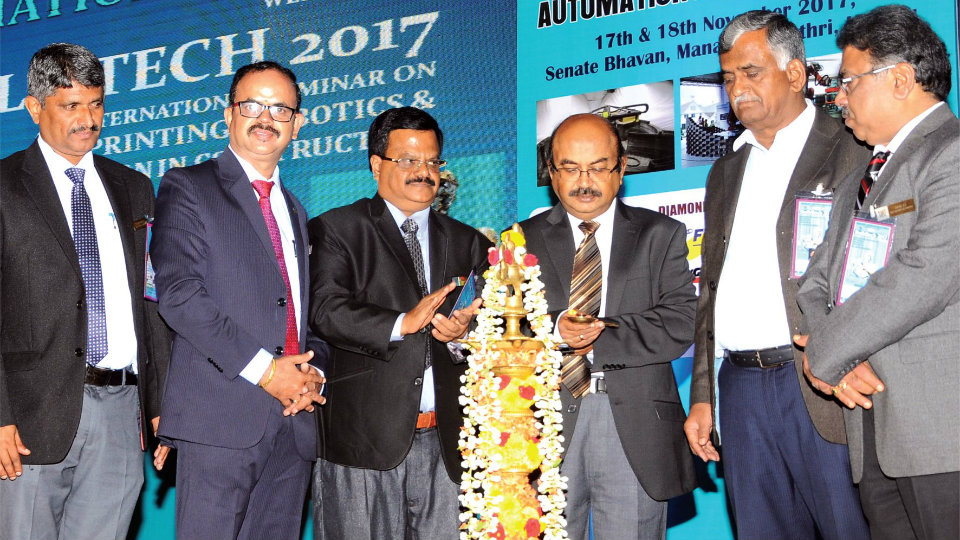 Mysuru: Two of the builders of modern India, Sir M.Visvesvaraya and Sir Mirza Ismail laid a strong foundation and developed the country using technology. It is a matter of pride that both served in the heritage city of Mysuru, recalled Dr. P.R. Swarup, Director General, Construction Industry Development Council, New Delhi.

He was speaking after inaugurating Build-Tech 2017, an international seminar on 3D Printing, Robotics and Automation in construction, here this morning at the Senate Bhavan in Manasagangothri and said Mysuru is a perfect example of a well-planned city in which these two stalwarts had a role in planning.

“50 years earlier, there was hardly any technology involved in construction. However, there is no denying that the quality of construction was far superior those days. There is a vast difference in old methodology of construction and the new ones,” he pointed out and added, “The use of  3-D printing, robotics and automation technology helps in building smart cities and in smart building constructions.” 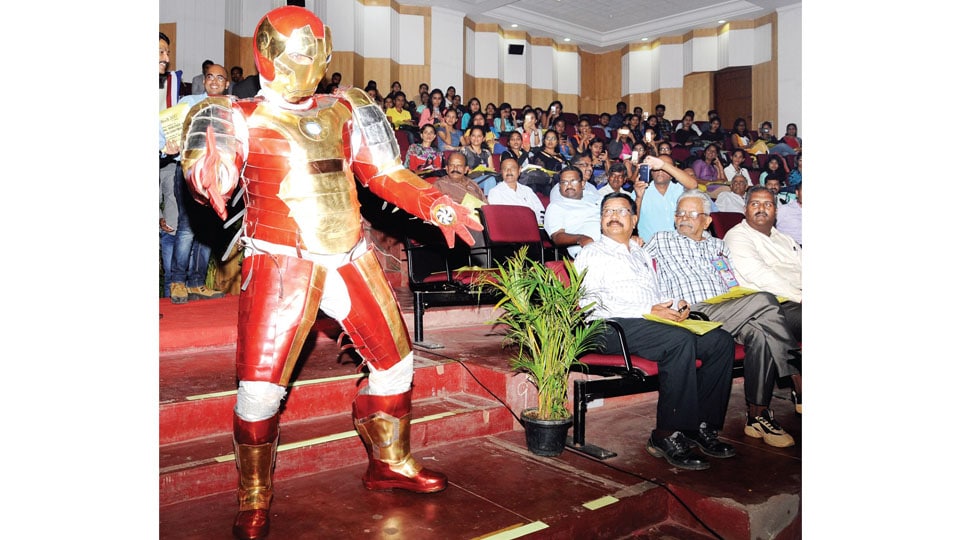 Picture shows a man clad as robot at the inauguration.

According to Dr. Swarup, every year two million engineers come out of engineering colleges and most of them are jobless. “There must be a minimum six years internship for these engineers who have come out with degrees, master’s in engineering and diplomas.  Only then can they be ready to take the tough challenges faced by the industry,” he said.

He asked the large number of engineering students present to keep reinventing themselves and not to stick to one area. “It is very important these days to look at alternatives and understand important subjects like rainwater harvesting, on how to preserve groundwater and crude petroleum products,” he said.

Lauding the efforts of the Builders Association of India (BAI), Mysuru Centre, for holding this important eye-opener seminar, Dr. Swarup said that the Construction Industry Development Council had plans to hold a seminar on these lines in Bengaluru shortly.

More than 500 builders, engineers and students are participating in this two-day seminar. Former BAI Chairman K. Sriram made a power-point presentation about the robotic technology used in America. A man clad as a robot appeared on the stage during the inauguration that caught everyone’s attention.