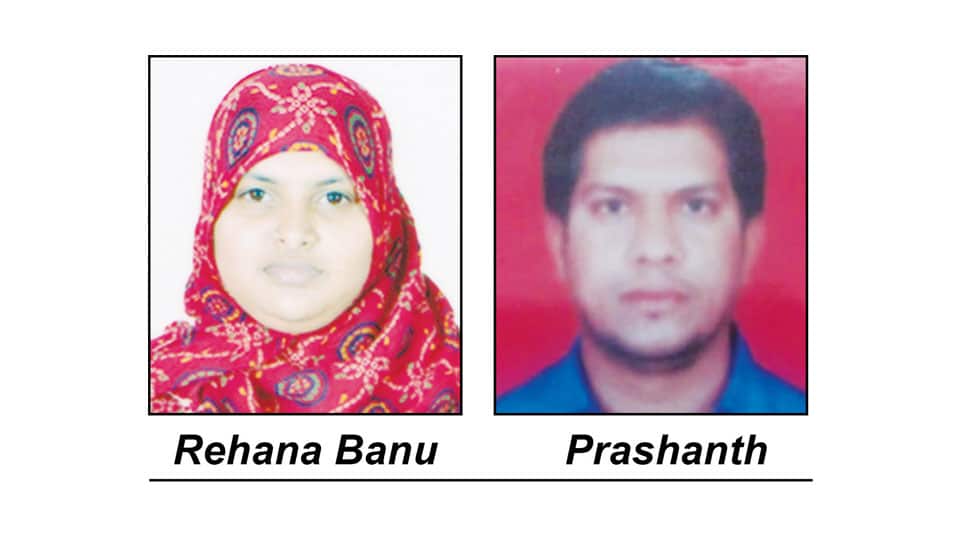 Mysore/Mysuru: In separate incidents, a woman and a man have gone missing from city.

In the first incident, a 28-year-old woman, who left her house on Nov. 24 at about 6 pm, has since gone missing, according to the complaint lodged by her husband Mubarak with Udayagiri Police. The missing woman is Rehana Banu.

Those having any information about Rehana, may contact Udayagiri Police Station on Ph: 08321-2418309.

In the second incident, a 39-year-old man, who left home for work on Nov. 30, has since gone missing, according to the complaint lodged by his wife Leena with Hebbal Police.

The missing man is M.L. Prashanth. He is 5.6 ft. tall, wheatish complexioned, round faced, well built, speaks Kannada, Hindi and English, has a scar on his right arm and was wearing a white coloured full arm shirt and blue jeans pant at the time of going missing.

Prashanth, along with his brother Pratap had opened a private agency by name ‘Om Enterprises’ and following COVID pandemic, the agency is said to have suffered loss which had left Prashanth depressed.

On Nov. 30, Prashanth, who left for his office, has sent a WhatsApp message to his mother-in-law and others asking them not to search him. He has gone missing since then.