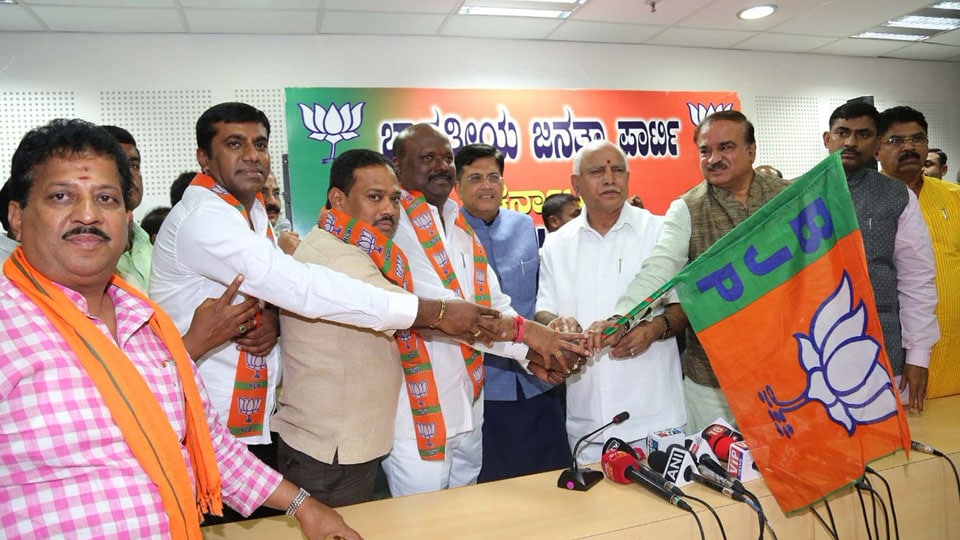 Bengaluru:  In a severe setback to the JD(S) just a couple of months before the Assembly polls, two party MLAs from Raichur district quit the JD(S) and joined the BJP at the BJP State headquarters in Malleswaram here on Thursday.

Lingasugur MLA Manappa Vajjal and Raichur city MLA Dr. Shivaraj Patil, after quitting their Assembly seats by sending resignation letter to the Assembly Speaker, drove to the BJP office and joined the party.

State BJP President B.S. Yeddyurappa and Union Minister Ananth Kumar inducted them into the party by giving them the party flag.

Apart from the two MLAs, several other JD(S) and Congress leaders from different parts of the State joined the BJP.