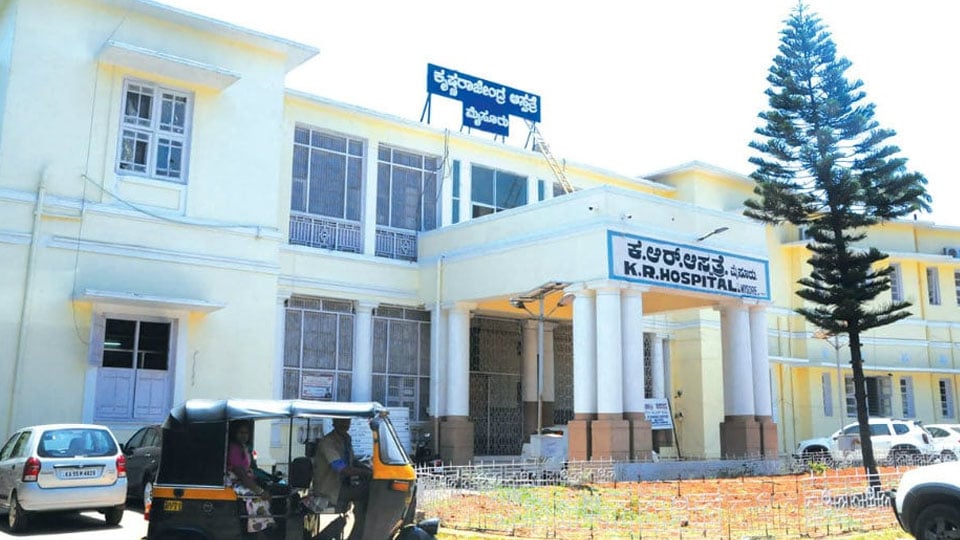 Mysuru: In separate incidents, two riders were killed in road accidents near Mysore Palace and at Kadakola Industrial Area yesterday.

In the first incident, a two-wheeler rider died of injuries at K.R. Hospital after he reportedly rammed his scooter into a tonga near the Varaha Gate of Mysore Palace.

The deceased is Vinod, a resident of Ramakrishnanagar in city.

Yesterday evening, Vinod, who was proceeding on his scooter near Varaha Gate, took a turn towards JSS Mahavidyapeetha and rammed his scooter into a tonga which was parked on the roadside resulting in him suffering serious injuries.

Though he was rushed to K.R. Hospital, he succumbed to injuries at the hospital, according to K.R. Traffic Police, who have registered a case in this regard.

In the second incident, a 28-year-old man was killed while his wife suffered injuries when a tractor collided head-on with their scooter at Kadakola Industrial Area yesterday.

While the deceased is identified as Basavanna (28), a resident of Dattanagar in Nanjangud, his injured wife is Kavya, who has been admitted to a hospital.

A case has been registered at Mysuru South Police Station in this regard.