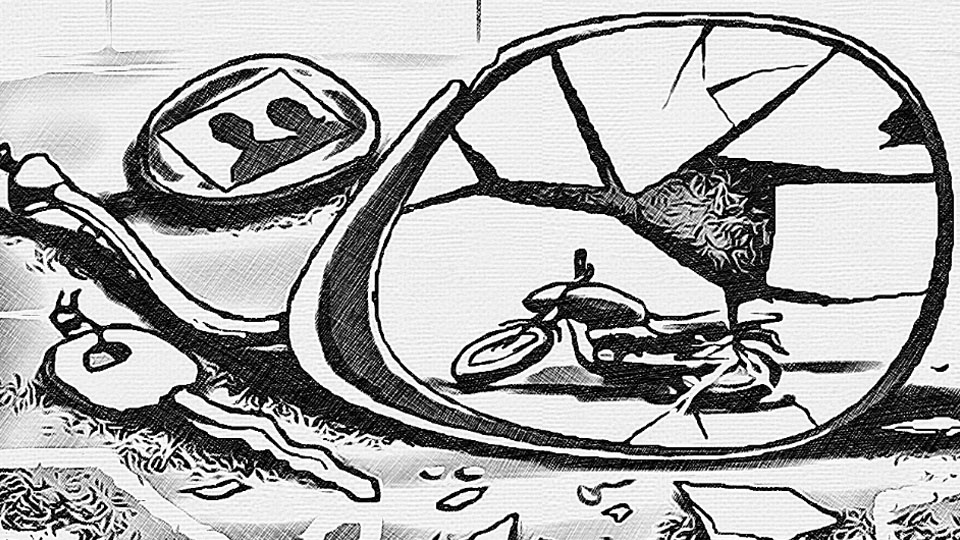 Mysuru: Two persons were killed in a serial accident involving three vehicles near Vajamangala gate on Bannur Road in the taluk on Sunday evening. The deceased have been identified as Thimmaiah (65), a specially abled elderly man and Asgar Pasha (40).

Thimmaiah was a flower seller at Agrahara Circle in while Asgar Pasha was a goods auto driver.

Thimmaiah was riding his retrofitted two-wheeler from Bannur towards Mysuru on Mysuru-Bannur Road and Asgar Pasha was driving a vegetable goods auto closely behind Thimmaiah’s vehicle, when a speeding car coming from behind, knocked down both the vehicles at about 5.30 pm.

Due to the impact of the collision, all the three vehicles toppled and as a result, Thimmaiah died on the spot following serious injuries, while the goods auto driver Asgar Pasha, died sometime after he was shifted to a city hospital, it is learnt.

Also, the car driver and two of the three persons travelling in the car too are said to have sustained injuries in the mishap.

All the occupants of the car are said to have fled from the spot fearing assault by local residents.

Mysuru South Police have registered a case in this regard.