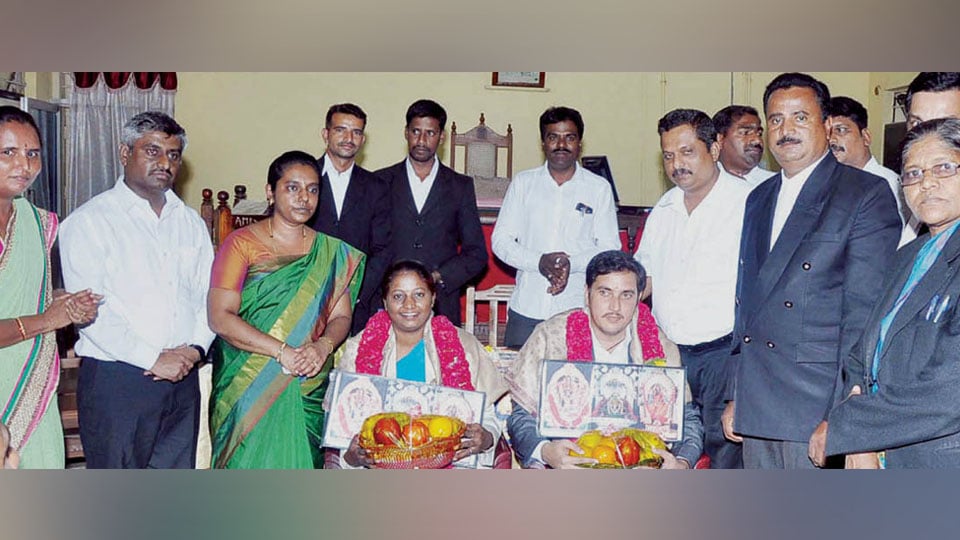 Nanjangud: Two advocates from Nanjangud, Suryanarayan and Nagajyothi, who were selected as Judges in the exam conducted for appointment of Judges recently, were felicitated by the Nanjangud Bar Association at a programme organised here recently.

Speaking after inaugurating the programme, Senior Civil Judge Manjunath complimented Suryanarayan and Nagajyothi on getting selected as Judges.

Pointing out that two, as advocates, had strived to uphold the dignity of Court and had rendered justice to their clients, Judge Manjunath wished the newly-appointed Judges all success in their career.

Nanjangud Bar Association President Rachappa, in his address, said that he too had a chance to be selected as a Judge, but his political aspirations kept him out.

However, his dreams has now become fruitful with advocate Suryanarayan, a relative of his becoming a Judge, Rachappa said while complimenting the two advocates for becoming Judges.