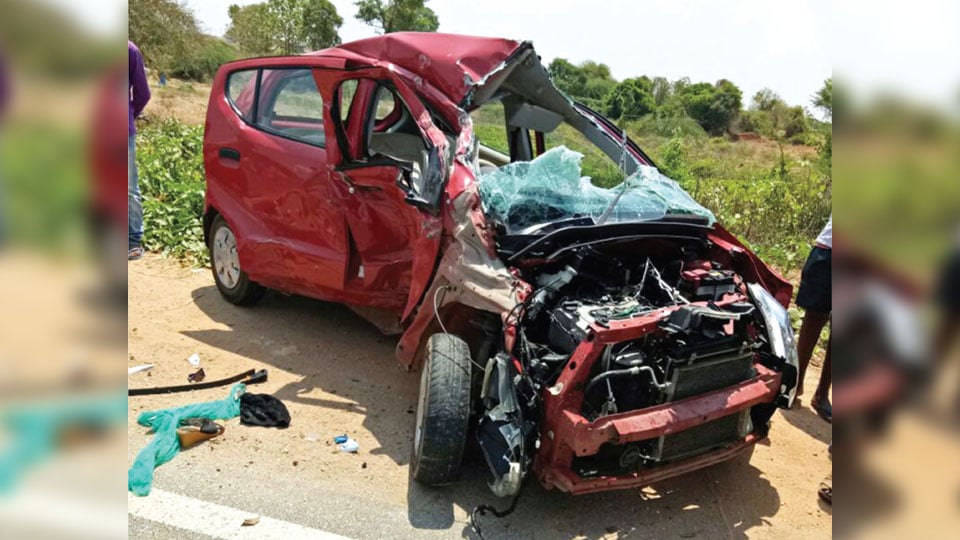 Two persons were seriously injured when the car they were travelling rammed into a parked lorry near Madashettyhalli Gate on T.Narasipur Ring Road this afternoon.

The Police said that one Harshith, 18, son of Ravi Kumar, an X-ray technician at K.R. Hospital and a resident of Gejjagalli in Mysuru Taluk, was travelling with one of his friends towards Sarada Vilas College in Krishnamurthypuram when suddenly Harishith, who was driving the car, lost control and rammed the car (KA 09- MD 3664) into a parked lorry (KA-01 AD 2256)  from behind at around 12.30 pm.

Mysuru South Police, who rushed to the spot, shifted both the injured to Cauvery Hospital. They added that condition of Harshith, whose is said to be critical, was being treated at the ICU, while his friend, who suffered a broken jaw and thigh, was out of danger.

Mysuru South Police have registered a case and have seized both the vehicles.