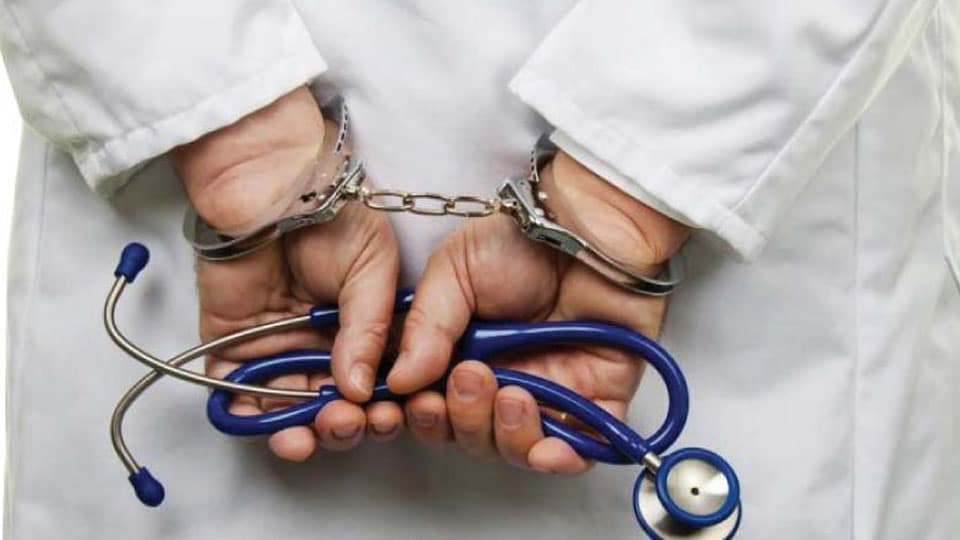 Mysore/Mysuru:  Two fake doctors (quacks), who were running clinics and toying with the lives of people have been arrested by the Yelwal Police.

The arrested quacks are 20-year-old Vijayakumar of Divyashree Health Centre and 60-year-old Devendra of Chamundeshwari Clinic.

Vijayakumar and Devendra, though not qualified doctors, were running the clinics illegally. Following several complaints from the public, the clinics were raided and the two fake doctors were arrested by Yelwal Police, said District Health Officer (DHO) Dr. Venkatesh.

A case has been registered at Yelwal Police Station.