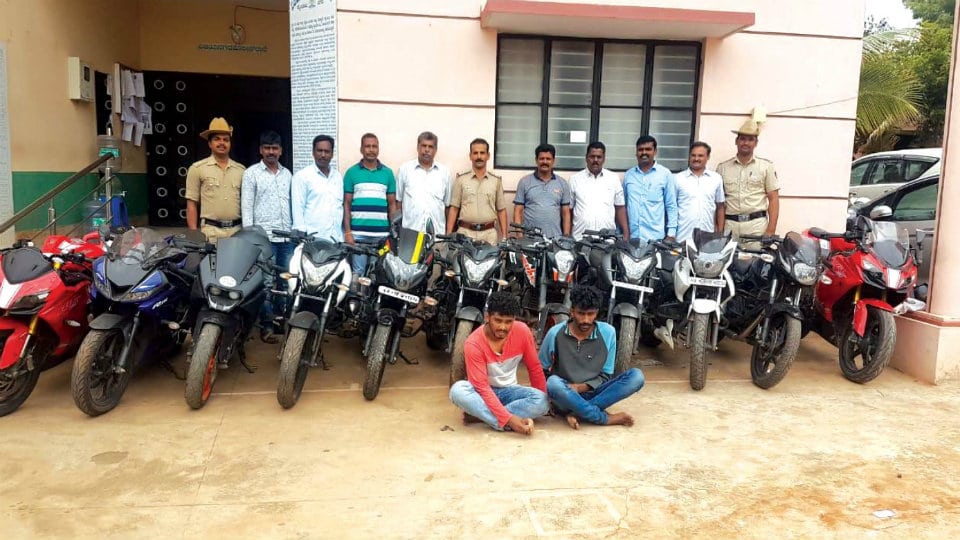 The Police said that the duo was arrested on Sept.7 when they were moving suspiciously on Hunsur Main Road near Hinkal Traffic Single on a motorcycle which had no number plate.

On interrogation, they are said to have confessed to be involved in the lifting high-end motorcycles in Vijayanagar, Hebbal, Saraswathipuram, Jayalakshmipuram and Kushalnagar Police Station limits. They also confessed to have snatched away a vanity bag with a mobile phone from a woman in Jayalakshmipuram Police limits.

The Police, who got the custody of the two after producing them before the Court, recovered 11 motorcycles (Yamaha R15 – 1, Bajaj Apache – 3, Bajaj Pulsar – 5 and KTM Duke – 2) and a Apple iPhone worth Rs.21.45 lakh from the accused.