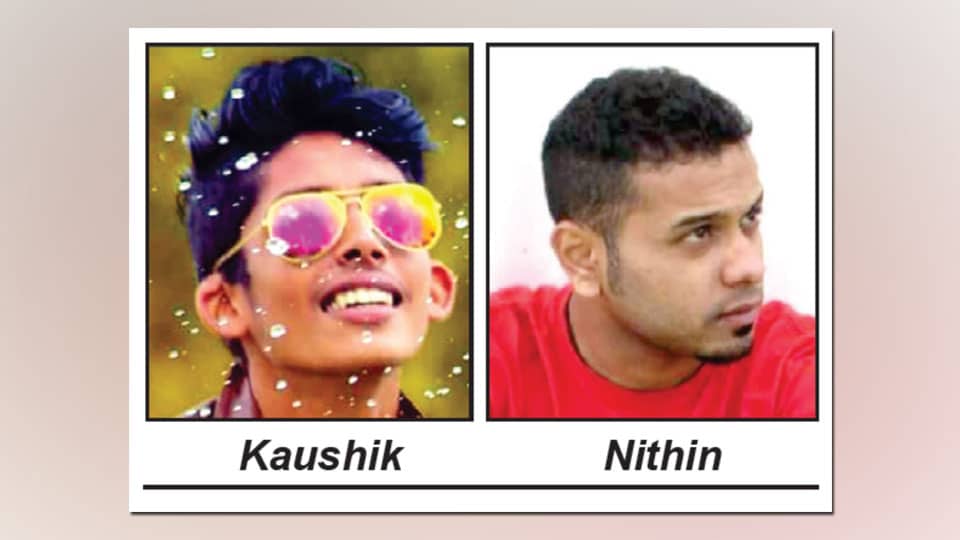 Two youths from Kodagu killed, another injured in separate accidents

Mysuru: In separate incidents, two youths were killed while another was severely injured in the road accidents that took place yesterday.

In the first mishap, which took place in Ponnampet, Kokkanda Kaushik Muthappa (21), a student of Coorg Institute of Technology in Ponnampet, was killed on the spot, while the pillion rider identified as Vishnu, who suffered serious injuries, is battling for his life and is in a coma stage at a hospital in Kerala. Kaushik, who was riding a Bullet bike with Vishnu riding pillion, rammed into a ‘No Parking’ sign board put up by Ponnampet Cops, resulting in severe head injuries to Kaushik and breathing his last. Vishnu, who also sustained serious head injuries, went into coma and has been admitted to a hospital in Kerala, where he is battling for his life, according to the Police. Ponnampet Police have registered a case in this regard.

In the second mishap, Muruvanda Nithin (29), a musician from Kodagu was killed, when the car in which he was travelling with others, towards Kodagu fell into the river near Masanagudi close to Gudalur.

It is reported that a wild boar came on the road and the driver, while trying to avoid running over the boar, lost control of the car, which fell into the river killing Nithin.