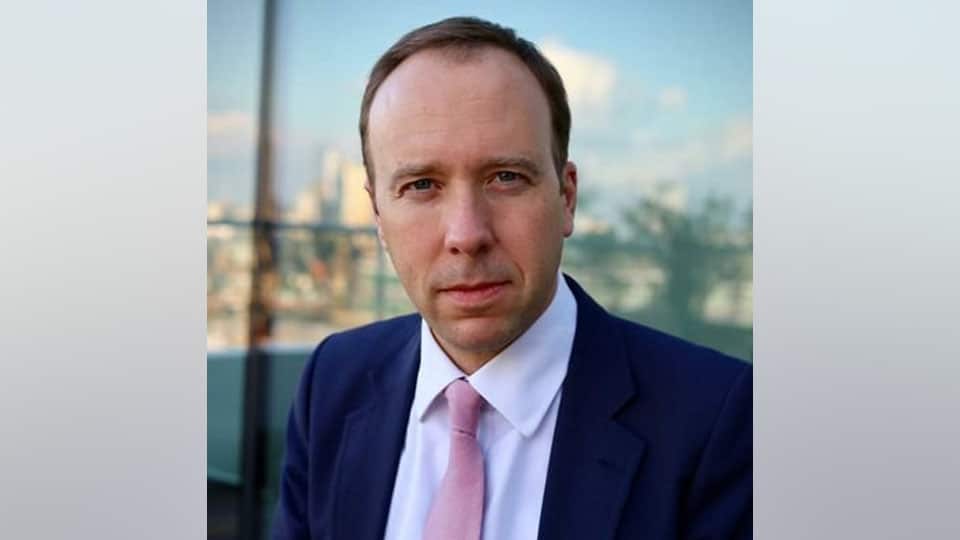 London: British Health Secretary Matt Hancock on Saturday tendered resignation after admitting that he broke COVID social distancing guidelines during an alleged affair with his colleague.

“We owe it to people who have sacrificed so much in this pandemic to be honest when we have let them down as I have done by breaching the guidance,” Hancock said in his resignation letter to British Prime Minister Boris Johnson.

A newspaper had published pictures of Hancock and his aide Gina Coladangelo kissing at the British Department of Health’s London HQ during office hours in May. The incident reportedly caused an outrage in the country.

Hancock also posted a video on his Twitter account, in which he said that “those of us who make these rules have got to stick by them, and that’s why I have got to resign.”