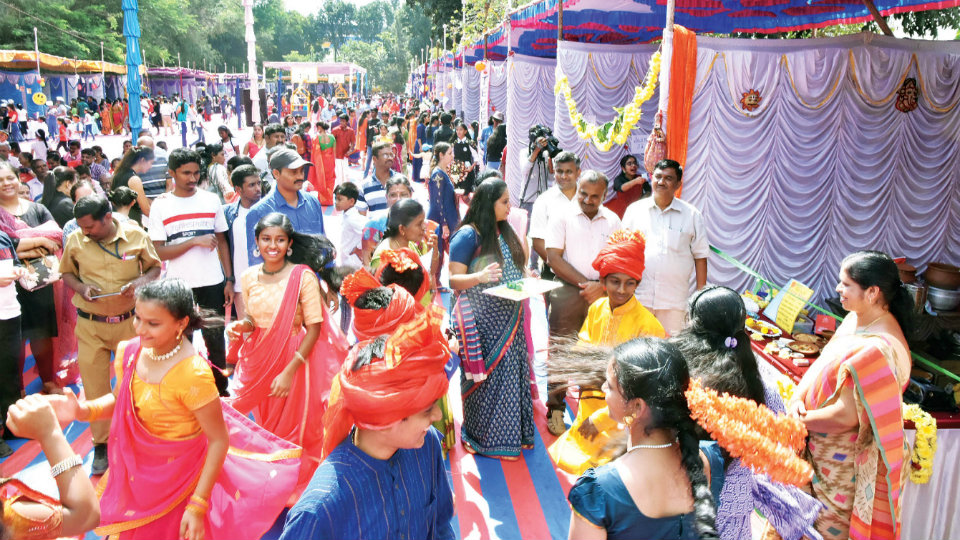 Mysuru: Kautilya Vidyalaya had organised a ‘Global Festival’ at its premises in Kanakadasanagar here yesterday.

Several stalls were erected at the school premises where students got familiarised with several festivals of India and abroad. A batch of 10 students was entrusted each stall to showcase the specialities of a festival which also featured the exclusive dress for that festival and special delicacies made for the occasion. By selling the food items, the students got a feel of marketing techniques and honed communication skills.

Speaking to Star of Mysore, School Teacher Usha said that students from 6th to 10th standard were involved in the event which helped students to know more about every festival, arrangements on the occasion and a scope to learn selling techniques. She further said that there were no cash transactions involving children but only through coupons which could be obtained at the counter on payment of cash. She added that every student was asked to write an essay on the event. She said that two best stalls would be awarded cash prizes of Rs. 5,000 and Rs. 3,000 respectively. She added that the prizes would be presented by Minister for Primary and Secondary Education Suresh Kumar at a function to be held at the school on Jan. 11.

A stall was opened to familiarise Halloween Day where students wearing masks of ghosts explained the background of the festival, quite popular in western countries.

Inaugurating the festival, DDPI Dr. Panduranga opined that such events would help students come out of the routine academic studies and learn more.