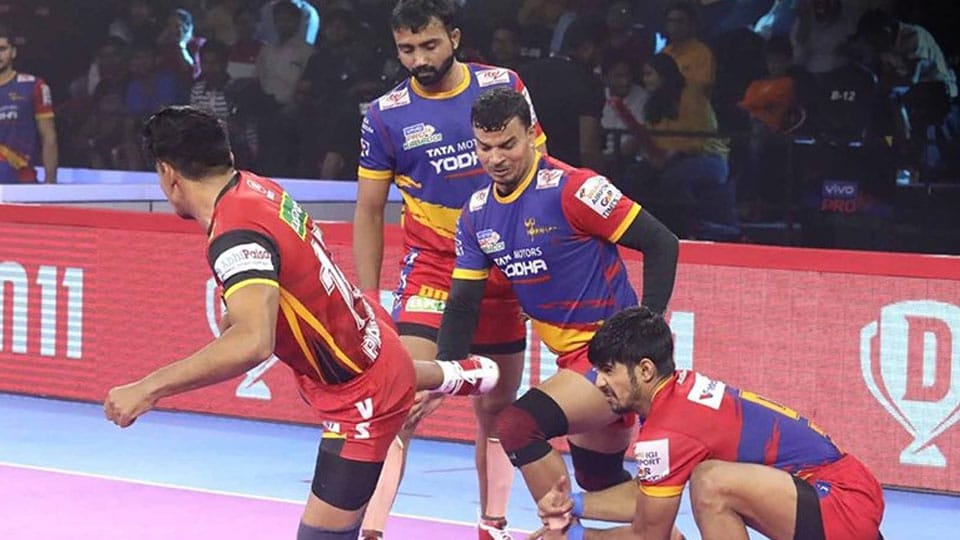 UP Yoddha put in a disciplined performance against Bengaluru Bulls to secure a 35-33 victory in an edge-of-the-seat thriller at EKA Arena here yesterday.

‘Hi-Flyer’ Pawan Sehrawat put in a brilliant all-round performance for side, scoring a Super 10 and also picking up three tackle points. However, Sumit’s High 5 combined with Monu Goyat and Shrikant Jadhav’s effective raiding helped UP Yoddha stay ahead in the contest.

In the earlier match, an intense battle between Bengal Warriors and Telugu Titans eventually finished in a 29-29 tie.

This was the fifth tie between these two sides, making this the most tied fixture in the history of Pro Kabaddi.

Pro Kabaddi Season 7
Sri Shaneshwara Bhakta Mandali
This manhole needs to be covered, but not with stones