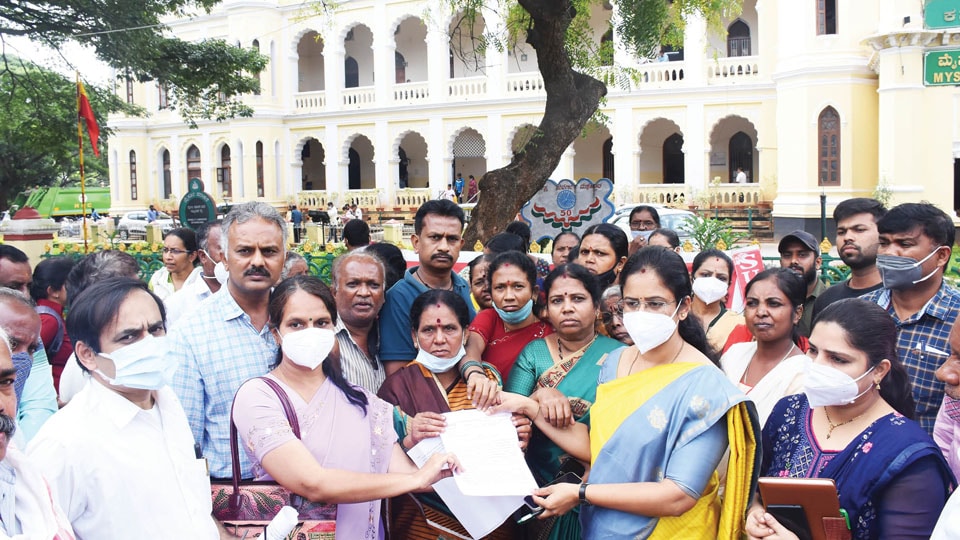 Urging to waive off water bills of poor, SUCI stages protest in front of MCC

Mysore/Mysuru: Urging the MCC to waive off water bills of the poor and not to disconnect water supply to the houses, the members of Socialist Unity Centre of India (SUCI) – Communist, staged a protest in front of Mysuru City Corporation (MCC) Office here yesterday.

Pointing out that most of the poor people had lost their livelihood during the two-year COVID pandemic and were still looking out for jobs, the protestors said that the Government instead of coming to the aid of these poor people were collecting taxes which is condemnable.

Meanwhile, MCC Deputy Commissioner Savitha who met the protestors, received the memorandum and said that it is the Government which decides on waiving off dues and assured them that the disconnection drive would be stopped following which the protest was withdrawn.