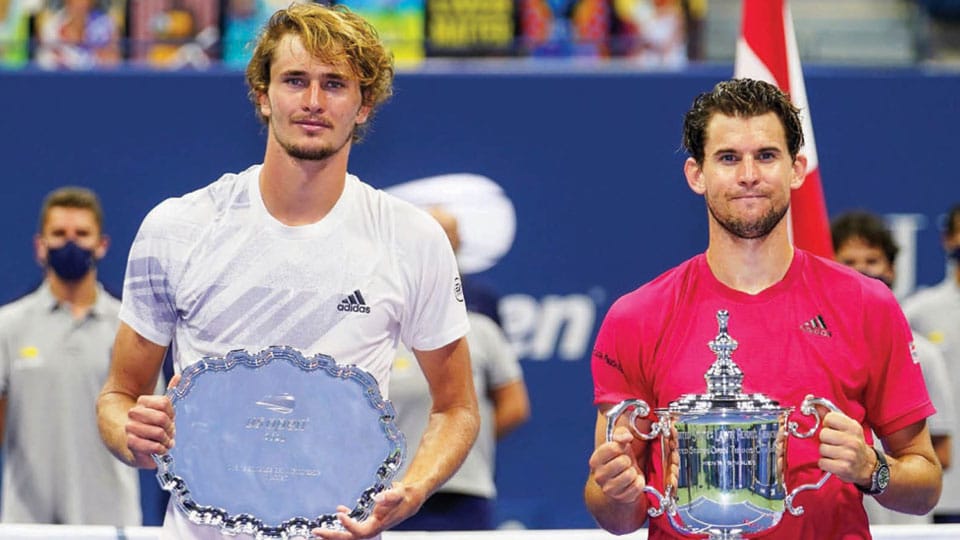 New York: Dominic Thiem produced a historic comeback to beat Alexander Zverev in a nervy five-setter and win the US Open on Sunday for his first Grand Slam title.

It marked the first time in the US Open’s Open Era history that a player had recovered from losing the opening two sets to win the title. It was also the first time the final had been settled by a tie-break.

Thiem was runner-up at the Australian Open earlier this year and also lost in the last-two showdowns at the French Open in 2018 and 2019.

Thiem is also the first Grand Slam champion other than Novak Djokovic, Rafael Nadal or Roger Federer since Switzerland’s Stan Wawrinka won the third of his majors at the 2016 US Open.