Home » News » ‘Use Vani Vilas Market as a parking lot’ 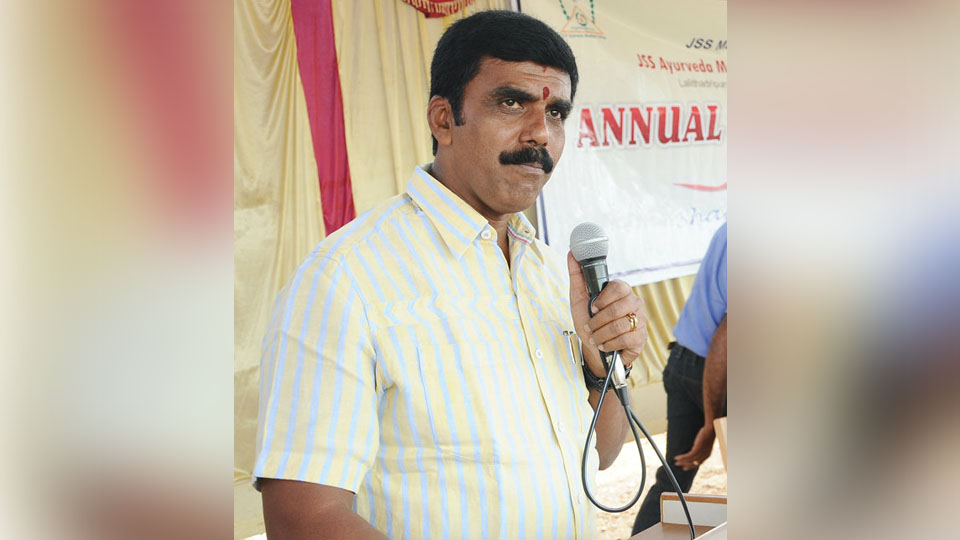 ‘Use Vani Vilas Market as a parking lot’

The Vani Vilas Market in Agrahara, which is lying vacant for some time now can be used as a parking lot  as vehicles parked in the surrounding areas are causing hindrance to smooth flow of traffic around N. Madhav Rao Circle, opined Mayor M.J. Ravikumar here yesterday.

He made this observation  at Agrahara Circle from where he, along with officials of the MCC and present and former Corporators of the area took out an inspection of MCC Wards 3 and 4.

Ward  4 Corporator Sunil Kumar suggested  action against a Bar and Restaurant on M.G.Road near the Agrahara Circle, which he alleged was functioning from an encroached land. Ravikumar asked the officials to initiate action after verifying the records both at the MCC and with the owner of the building. The presence of huge pile of garbage at Nanjumalige Circle irked the Mayor to such an extent that he wasted no time in taking the officials to task accusing them of failing to act on their own. Ravikumar also instructed officials to act on a complaint of one Nagesh of Hullina Beedi who said that water, which was to reach drains, was flowing on roads causing inconvenience to public.