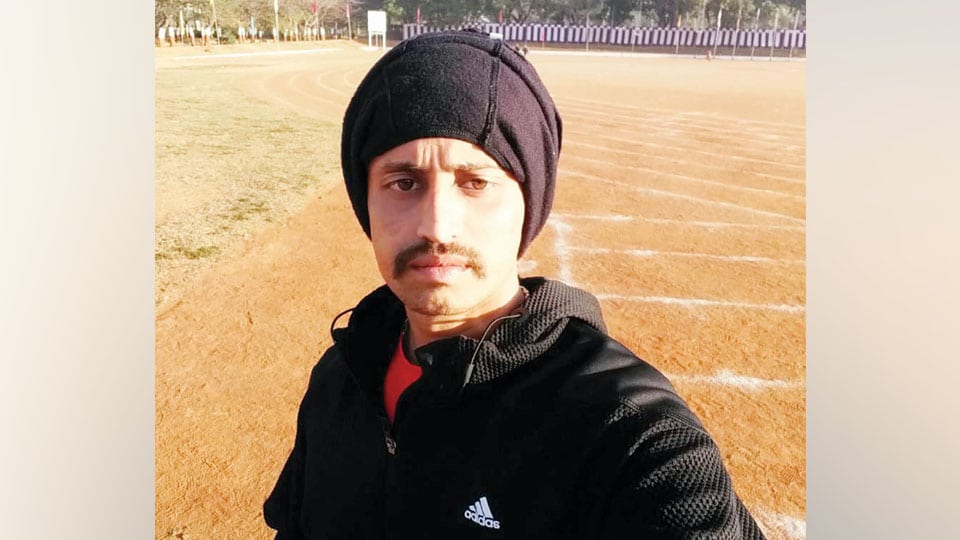 Athletics is the mother of all sporting events in the world sporting scene. Athletics contribute greatly to the development of character traits such as courage, determination, sense of achievement as well as develops personality development. Our city’s veteran athlete M. Vijaya Shankar, representing India in the 21st Asia Masters Athletic Championships 2019 held at Kuching, Sarawak, Malaysia from Dec.2 to 7, won two bronze medals in the 35-plus men’s Long-Jump (12.69m) and Triple-Jump events and did everyone proud with his efforts. He is our ‘Star This Week.’

Vijaya Shankar, 36 years, employed with the Karnataka State Reserve Police (KSRP), Mysuru, is a resident of Ramanuja Road in city.

Vijaya Shankar is a member of the Mysore District Masters Athletic Association (MDMAA) and representing Mysuru in the State Masters Athletic Meet 2019 held at Mangaluru recently, won gold in the men’s 35-plus Triple Jump and Long-Jump and silver medal in the 110m Hurdles event.

He will be representing Karnataka in the National Masters Athletic Meet to be held at Manipur during February 2020.

Encouraged by his Department, KSRP, Mysuru, MDMAA and the Masters Athletic Federation of India, Vijaya Shankar intends to work hard in the days to come and improve on his performance at National and International level.