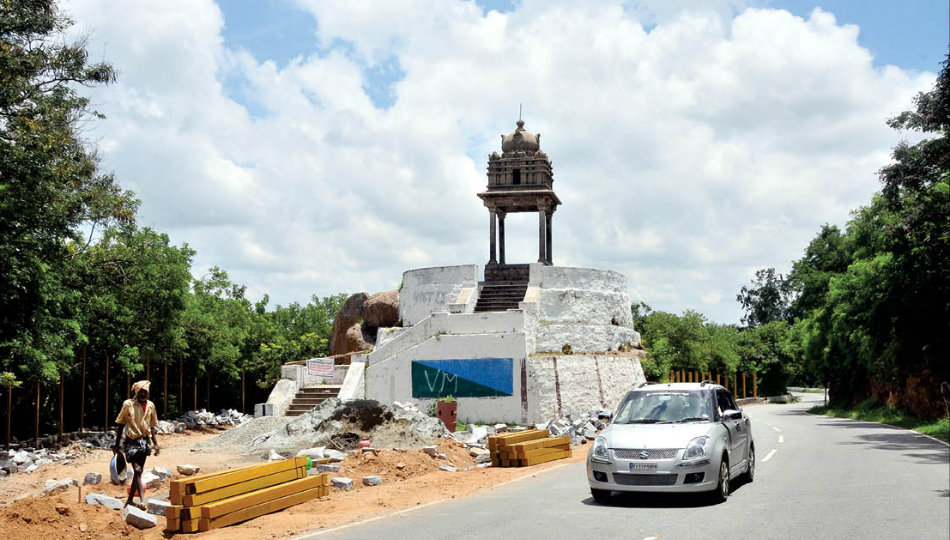 The View Points being developed atop Chamundi Hill with High Definition Binoculars, as reported in Star of Mysore dated Sept. 14, is indeed a practical way to promote tourism. The tourists can enjoy the panoramic view of Mysuru in daytime, particularly the Palace and surrounding areas.

In fact, it was a long felt need, which was pending to be taken up by the Tourism Department. If I recall, it was during the time when the then Chief Minister late R. Gundu Rao had stayed for a couple of days in Rajendra Vilas Palace atop the Hill for file clearance.

The then Director of Archaeology late Dr. M.S. Nagaraja Rao, who was in charge of the Palace and myself took an opportunity to draw the CM’s attention for the need to develop View Points on the Hill to promote tourism. He himself was so impressed when we made him to watch the Palace being illuminated by standing in the balcony of Rajendra Vilas. He immediately asked his Secretary to speak to the Director of Tourism in this regard but nothing moved.

Now the initiative taken by the DC and Dasara Special Officer D. Randeep to keep ready the View Points before Dasara is quite laudable.

However, the viewing time as mentioned in the report (10 am to 5 pm) will not allow tourists’ the thrilling moments of watching Mysore Palace being illuminated in one stroke. Since this is a real tourist attraction, I am sure, the authorities will have to extend the timing suitably so that they (tourists) will eagerly wait to watch that spectacular and defining moment.

It was my practice while in service to take the dignitaries visiting Mysuru to the Hilltop  well in advance to watch the Palace being lit.