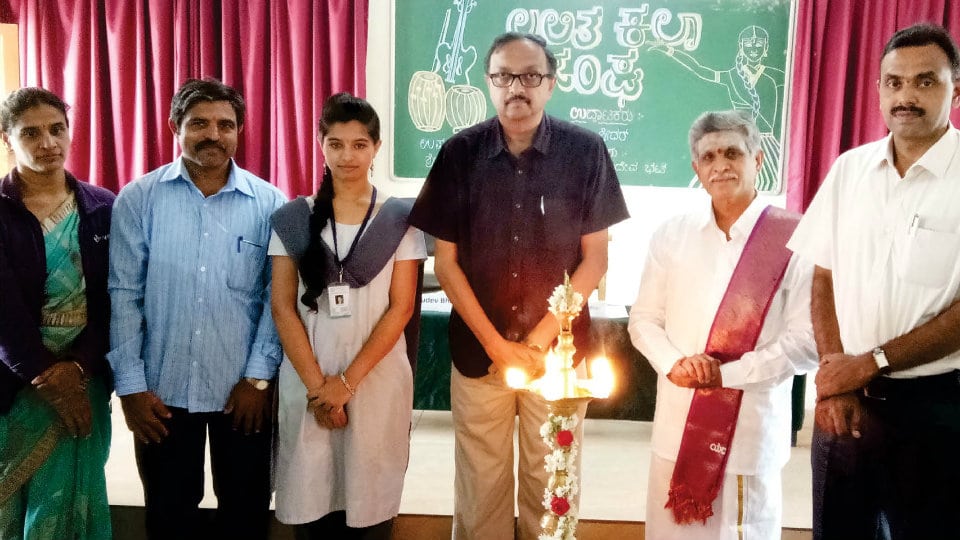 Speaking on the occasion, he said, “Arts help one to develop culture, tradition, customs, values and moral ethics in life.  It also plays an important role in the ability to overcome conflicts in life. Music will help in improving one’s conscience which directly assists in developing a healthy environment and lead contended life in society.”

The inaugural programme was followed by a scintillating violin recital by C.V. Shruthi,a student of Vijaya Vittala Composite PU College. She was accompanied by Vidwan Vikram Bharadwaj on Mridangam.

Shruthi began with the traditional Varna, composed in Mandari raga, Aadi Taala composed by Mysuru Vasudevacharya. Her next performance was to seek the blessings of Lord Mahaganapathi, set to Hamsadhvani Raaga, Adi Taala, the famous composition of Muttusami Dikshitar in which the variations of the raga with ease and expertise were well played. 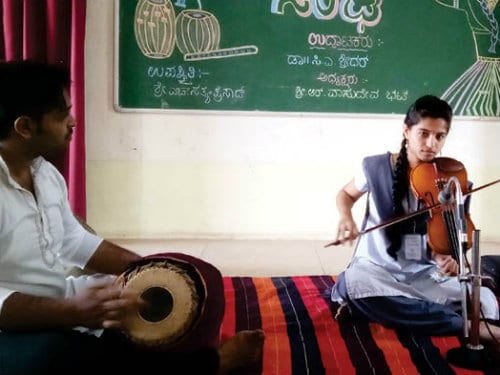 Next was Sri Thyagaraaja composition, ‘Durmargaharaa’ in Ranjani raga, set to Roopaka Taala which was well presented with Raagalaapana, as the rhythm was well paced with the swara sthanaas modulating effectively, also exhibiting the beauty of the instrument.

Shruthi next ventured into the devaranama “Baro Krishnaiya” composed by Saint Kanakadasa in Raagamalike, Adi taala. The very famous popular number was well presented with bhakthi and bhaava. She concluded the programme with the popular tillana set to mohanakalyani raga adi taala, composed by Lalgudi Jayaraman and won a big round of applause from the audience.

Shruthi, daughter of C.N. Venkateshamurthy and S. Sudha,  began learning classical music from her grandfather Vidwan C.S.Nagaraj, one among the acclaimed “Chilkunda Brothers.” She has been learning Violin under the able guidance of Vidwan H.K.Narasimhamurthy for the past many years.