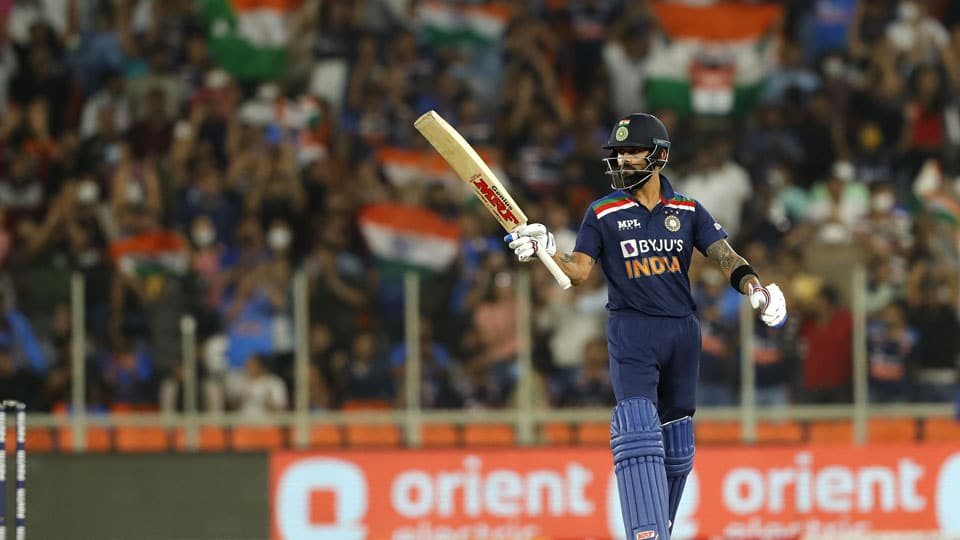 He achieved the feat in the second T20I between India and England in Ahmedabad yesterday. Kohli was already the leading scorer in the format in men’s cricket before the match.

Only two other cricketers have scored more than 3,000 runs in the format — both in women’s cricket. Suzie Bates (3,301 runs) of New Zealand and Stafanie Taylor (3,062) of the West Indies are the others to achieve this feat.

Kohli’s innings of 73 runs off just 49 balls with 5 fours and 3 sixes helped India level the five-match series 1-1 as they won the second T20I by seven wickets.