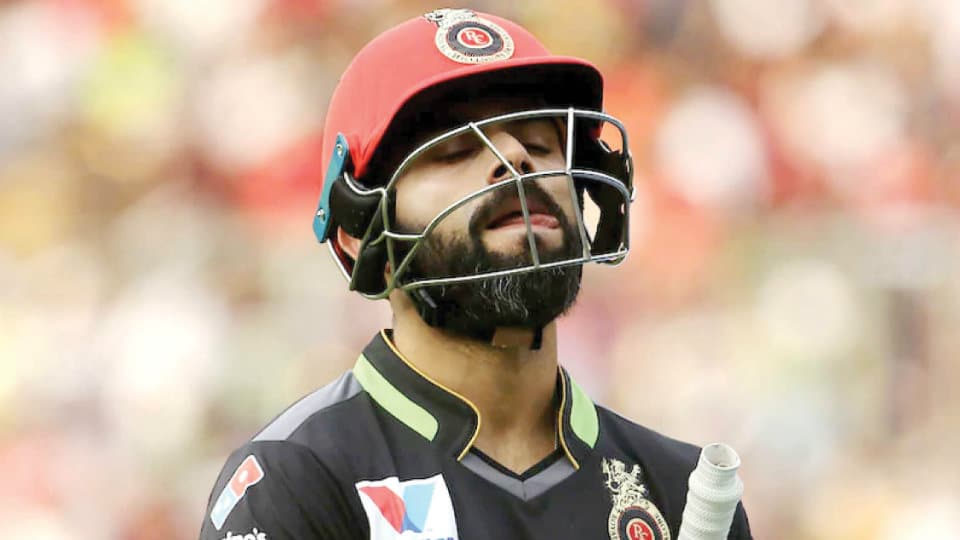 Virat Kohli, the Royal Challengers Bangalore skipper, said that he has no more excuses to give after his team slumped to a record-equalling sixth straight defeat in the Indian Premier League on Sunday. Delhi Capitals defeated Royal Challengers Bangalore by four wickets as they chased down the target of 150 with seven balls to spare. Kohli’s side, who are yet to win the coveted Indian Premier League title, are rock bottom in the eight-team league and the captain has become increasingly frustrated with his side’s performances. “We need to grab those chances, can’t give excuses every day. We weren’t good on the day again. That’s the whole story of RCB this season,” Kohli said after the loss in Bengaluru.

RCB now share the dubious record of a team’s worst IPL start along with Delhi Capitals (previously Delhi Daredevils), who suffered six losses in a row in 2013.