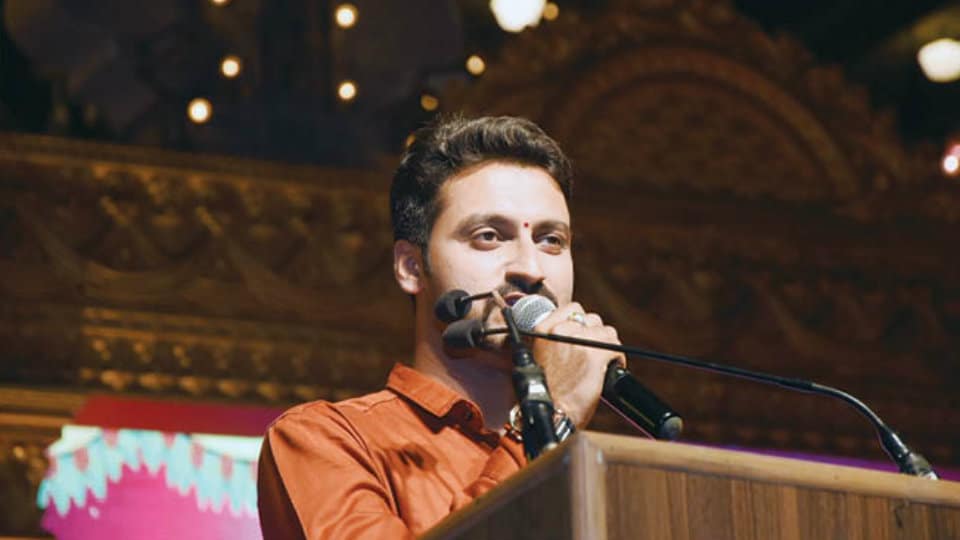 Mysuru: ‘Vote India’, a video song brought out by Mysuru District SVEEP Committee in order to create awareness among the electorate, especially the youths, was released at a programme organised in the Palace premises on Saturday.

The song is composed and directed by renowned singer Sriharsha, who is an icon of SVEEP programme.

ZP CEO K. Jyothi, who is also the SVEEP Committee Chairperson, released the audio. Later speaking, she said that it was the right and duty of every eligible voter to exercise his / her franchise.

Emphasising on the need for everyone to take part in voting, she expressed the hope that the video song will send a message to the electorate in a unique way.

Pointing out that the video song will reach most of the people through social media, Jyothi said, the song features a dance. Apart from the song, the video also has the message of DC Abhiram G. Sankar and Jyothi.

She further said that the youth and students can experiment with this song on sending message on the importance of voting through various mobile  apps such as TechTalk, Like App and Dubsmash.