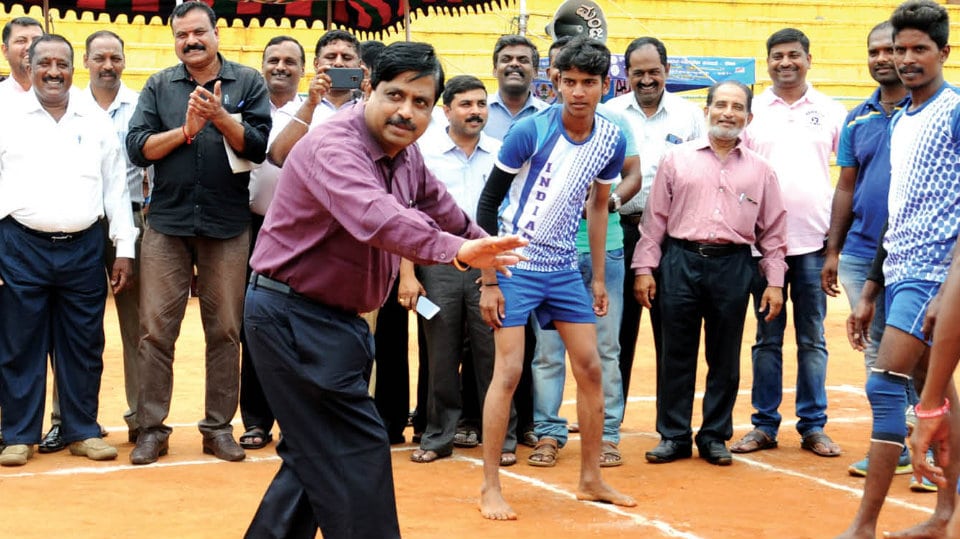 Giving a sportive touch to the ongoing awareness campaign on voting, Systematic Voters Education and Electoral Participation (SVEEP) Committee, together with Zilla Panchayat (ZP), Taluk Panchayat (TP),  and Department of Youth Empowerment and Sports (DYES), had organised a Kabaddi Tournament for male employees of Gram Panchayats (GPs) of the taluk at Chamundi Vihar Stadium here yesterday.

ZP CEO and SVEEP Committee Chairman P. Shivashankar launched the Tournament in a unique way by participating as a member of Yelwal GP team and trying to trap an opponent saying Kabaddi, Kabaddi…

Speaking earlier to that, Shivashankar said that the desi game of Kabaddi, was the right choice to enthuse the people to vote thus exposing the importance of voting in democracy.

He further said that the Kabaddi game was an excellent example of joint effort to win a situation. He sought the best percentage of votes from rural areas also. 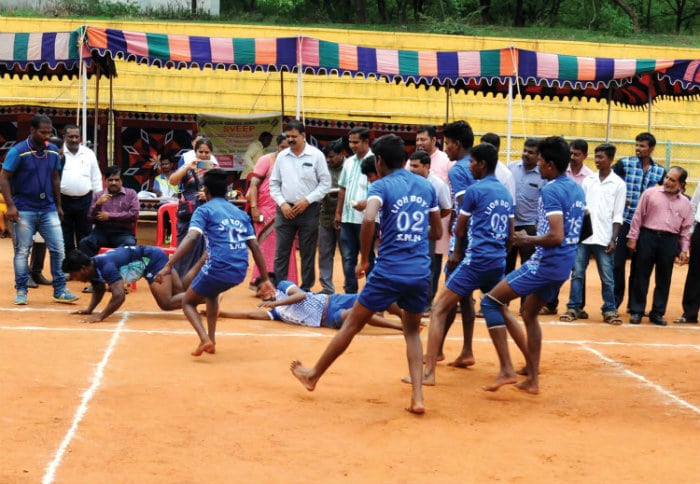 Siddalingapura-A team won the tourney defeating Belavadi. The third and fourth places were won by Siddalingapura-B and Koorgalli teams respectively.