Voting through the eyes of an eighteen-year-old

Voting is very important for a democracy to thrive. Choosing our elected representative can pave the path of the future of our country, either by supporting an individual who wishes to maintain the status quo or someone who promises to make stark differences. You might be thinking that this is going to be another generic article about the importance of voting, but you are wrong. This article is all about what voting meant to me.

You become an adult at eighteen but it is not as good as it seems. Eighteen is just a number after all because even though you are paying the full price of a ticket, like other adults, you don’t feel like one. You will always be told you are still a kid and that you have a lot to learn.

We have all learnt that we get to vote when we turn eighteen. In school, it was a something I had to memorise for exams but I realised its true value much later. As a kid I always thought, “I represent a single vote in a huge country, what difference does it make anyway?” It was a mundane exercise which my parents had to follow every election day. Only now do I think about it and reflect on my immaturity back then. Not that I am very mature now, but I do feel that this thought was selfish and superficial.

It is not just a single vote but a mindset, a mindset which everyone needs to inculcate. It should not be looked at as a single vote but as a tool to chart the course of our future. It is only possible to yield this tool if we use it as one. Our hopes of the goals of our elected representatives need not be the same but isn’t that the best part about a democracy?

My understanding of an ideal candidate had initially been formed based on my lessons in school where we were introduced to the concept of a government and elections. I was told that a good politician was one who worked for the people. Later I was introduced to the news and all I read was corruption, scams, buying votes and the likes.

There came a phase where I felt that all politicians are corrupt and there is no point in voting for any of them. I still find people with this ideology around me. Over time I understood that we cannot be searching for a utopian society in an imperfect world. We have to accept that greed, a part of human nature, will always exist and we have to make the best of what we have.

For quite a while I never really understood what I heard on the news with respect to elections. There were by-polls, exit-polls, alliances and other terminology which seemed like a foreign language to me. Most of my ‘views’ on politics were formed while sitting around my father and his friends and listening to their discussions. It always went over my head but I managed to memorise all they said. I saved those words for when I was with my friends and blurted it out just to impress them. I did walk out with panache but I had no idea what I said. 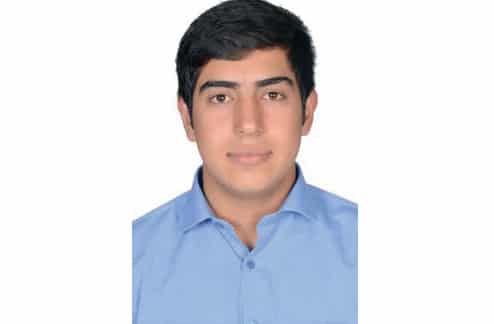 Fast-forward a few years and I am now studying in a law school. It is not uncommon to have discussions on politics here. I might be stereotypical and I am sure there are political intellectuals everywhere but this is my own experience. I have had the opportunity of mingling with students who have a knack for understanding political theory like no one else. Listening to them is just bliss and their take on some issues fascinate me. I do try to stay ahead and keep abreast of current affairs but the outlook of some of my peers never ceases to amaze me.

I have mentioned quite a bit about my ‘political ideologies’ but my inspiration to write this article arose quite recently. I was in Mysuru on the 12th of May, the day we had our Karnataka State Assembly elections. I hadn’t made my voter ID card then because of which I could only watch as all my friends cast their vote. We had our house-warming ceremony that day and all the guests made it very clear that they would come home only after voting.

At that moment I was hit by a wave of regret for not capitalising on this opportunity. Since this was the first time I was of the age to vote, it hit me that I had a golden opportunity and I missed it. However, it was not remorse for not contributing to the formation of our government, but it was something else, something from deep within. Maybe it had something to do with growing up with an older sibling where you are pushed into his shadow and this makes you feel like you want to be heard.

The realisation that I would never be treated the same as my brother gave me a very strong desire to be heard and at that moment, at home, on election day, I realised that I had a chance but it slipped through my fingers. Now here I am, a few months later, lying in wait for the next opportunity — hopefully the 2019 general elections.