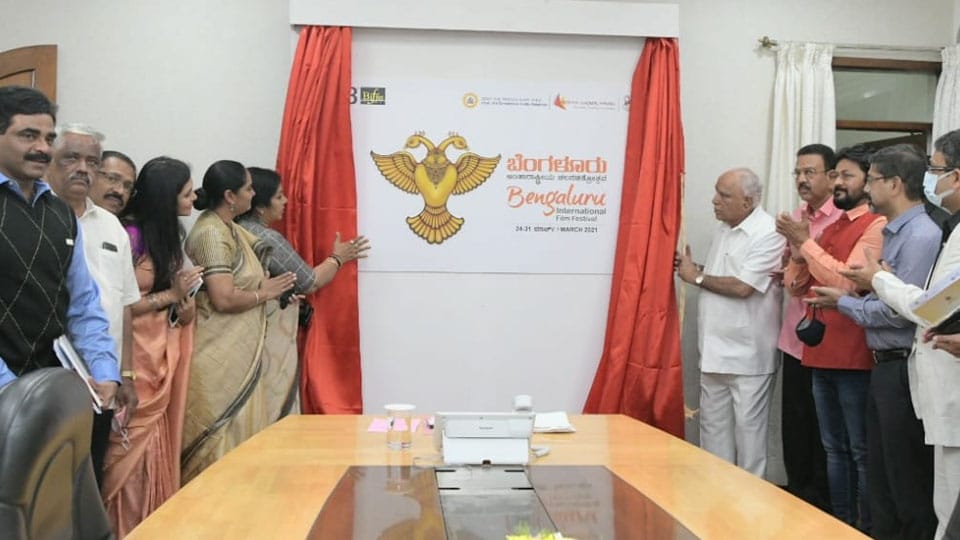 Bengaluru: The prestigious Bengaluru International Film Festival (BIFFes) – 2021 will be held from Mar. 24 to 31.

This was decided at a BIFFes meeting presided over by Chief Minister B.S. Yediyurappa here on Friday last. The theme of this year’s film festival will be “Importance of India’s performing arts.”

The CM told the meeting that BIFFes has emerged as a prestigious international film festival and chances are bright of it getting international recognition. The event must be held by strictly following COVID-19 safety protocols.

Minister for Information and Public Relations C.C. Patil said that over 200 award-winning movies of over 50 countries would be screened on 11 screens of PVR Theatre at Orion Mall in Bengaluru.

Sunil Puranik, Chairman, Karnataka Chalanachitra Academy, said the seven-day film festival would consist of Asian films, Indian films and Kannada films. Besides, there would be other sections such as grand classic and a panorama of world films.

As part of film festival, interaction with actors, directors and technicians of Indian and world films, seminars and workshop on script writing and other academic activities are planned for the benefit of students and people connected with film field.