Home » News » Will visit Suttur Mutt whenever I come to Mysuru: KPCC Chief 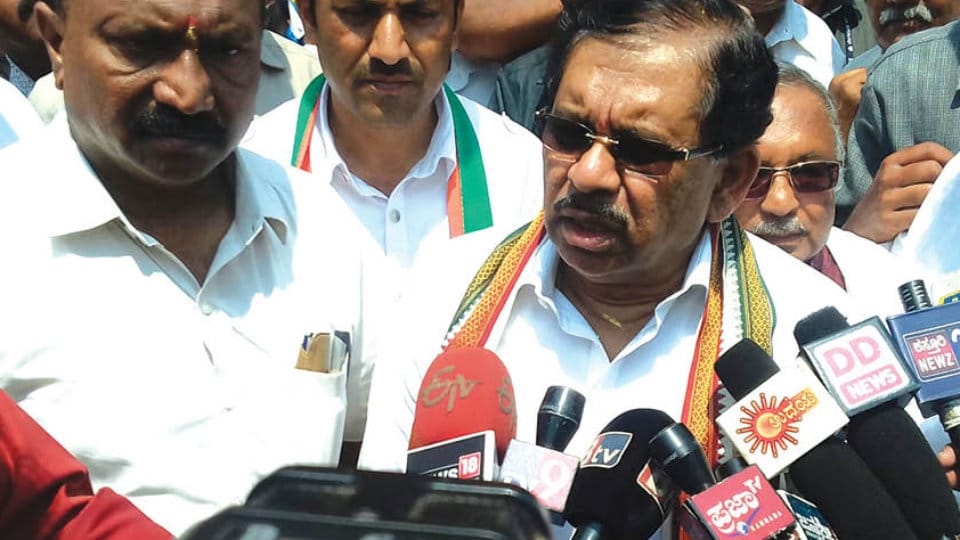 Will visit Suttur Mutt whenever I come to Mysuru: KPCC Chief

Mysuru: Stating that he will be visiting the Suttur Mutt whenever he came to Mysuru, KPCC President Dr. G. Parameshwara said that he had sought the blessings of the Seer for deriving spiritual strength to face the 2018 Assembly polls.

Speaking to press persons after visiting Suttur Mutt here this morning, Dr. Parameshwara said that the Congress will fight the polls under CM Siddharamaiah’s leadership.

Replying to a question on reports of Energy Minister D.K. Shivakumar, who was a keen aspirant for KPCC President post feeling disillusioned, the KPCC Chief said that the party High Command had talked to all leaders and has asked for putting up an united face to take on the Opposition BJP and JD(S) in the 2018 Assembly polls

Claiming that the party organisation is strong, he expressed the hope that the Congress would retain power in the 2018 polls.